Green budget: +€4.5bn for the environment in 2023, excluding the exceptional impact of the rise in energy prices 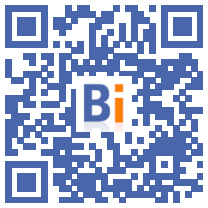 Ministers Bruno le Maire, Christophe Béchu, Agnès Pannier-Runacher and Gabriel Attal unveil, a few days after the presentation of the finance bill (PLF) for 2023, the third edition of the “green budget”, included in the “Report on the environmental impact of the State budget”.

The green budget makes it possible to identify, according to a rigorous methodology, budgetary and tax expenditure favorable and unfavorable to the environment. France was the first country in the world, from 2020, to measure the impact of the State budget on the environment in this way.

In 2023, excluding the exceptional impact of the rise in energy prices (tariff shields and support for renewable energies) and excluding stimulus, State budget expenditure favorable to the State environment amounts to 33,9 €.4,5 billion, i.e. an increase of €2022 billion compared to XNUMX, and brown expenditure has stabilized overall.

Summary of the results of the 2023 green budget, excluding stimulus and support measures to deal with the rise in energy prices 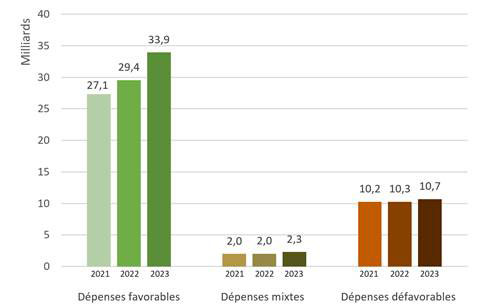 This significant increase in "green" spending reflects the Government's environmental ambitions, and in particular:

In addition, more than €3,6 billion in environmentally friendly expenditure is financed by the recovery plan mission in 2023. In an emergency and to deal with the energy crisis linked to the war in Ukraine, in 2022, the government implemented various energy shield measures (gas, electricity, fuels). As the green budget tool does not allow expenditure decided during the year to be included, an additional presentation has been added to detail these support measures on energy prices.

Thus, for the year 2022, the gross cost of the tariff shields on electricity and gas is respectively estimated at €18,7 billion and €8,1 billion. That of the fuel rebate amounts to €7,6 billion.

Some of these mechanisms are extended in 2023 as announced by the Prime Minister on September 14. In accordance with the Government's commitment to ecological transition, the shield measures integrate the challenges of ecological transition by becoming more targeted, in particular thanks to the strengthening of the energy voucher. For the year 2023, the fuel discount is not extended and the gas and electricity shields are extended, making it possible to limit the rise in prices to 15%, with an increase in aid targeted at the most modest households.

For the year 2023, the gross costs of the tariff shields for electricity and gas are respectively estimated at €33,8 and €11,1 billion in national accounts.

Moreover, the current context of electricity prices has a significant effect on the expenses associated with renewable energies. While in previous years the price of renewables was generally higher than market prices, the State made a net contribution to the development of renewables, of the order of 6 billion euros per year. In 2022, market prices being higher than renewable energy prices, these have become net contributors to the State budget for an amount of €9,6 billion. This reduction in public funding does not, however, have any impact on the pace of development of renewable energies, which remains dynamic.

Including the exceptional support linked to the energy crisis, green expenditure under the State budget is globally stable for the PLF 2023 (this stability masks the inverse effects between the reinforcement of ecological transition mechanisms and the effects of high energy prices on support expenditure for renewable energy producers), while unfavorable expenditure increased by €9,3 billion, including €8,9 billion due to the net contribution from the State budget under the gas and electricity “tariff shields” included in the PLF 2023. Overall, expenditure unfavorable to the environment nevertheless remains much lower than favorable expenditure.