Without a proven loss, the banker is not at fault 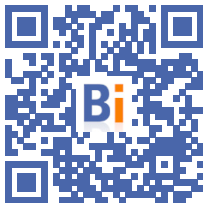 If the money is not permanently lost, the responsibility of the banker who proposed a random financial package is not in question.

The customer cannot blame his banker as long as the operation is not completed, as long as the loss is not noted, because before that his damage is only possible, explains the Court of Cassation.

Whether the client is afraid of the risk or the bad turn of events, or that the operation goes really badly, it is necessary to start by bringing the operation to its end, according to the judges.

An individual had decided to buy a rental apartment to increase his income when he retired. At a time when interest rates allowed it, he bought with a loan in fine, repayable twenty years later in capital and interest. The repayment was guaranteed by the opening of a life insurance contract on which he put his savings and whose profitability should make it possible to repay the credit in twenty years.

But after ten years, the borrower observed that the business was taking a wrong course, that the life insurance contract might not be able to repay the loan, that the apartment should also be sold and that the whole risked even being insufficient.

The banker was therefore reproached for not having warned this "layman" client against the risk of the operation, which could create excessive debt for him, with regard to his property and income.

This borrower's claim may be valid, the Court of Cassation said, but until the repayment date is reached, he is not sure he will be able to repay. The loss is not realized, it is only possible, and the error or the fault of the banker does not have, in the state, of compensable consequences.