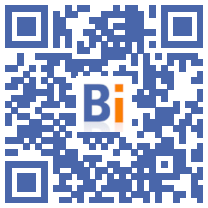 Nearly 300 million euros will be invested in 2021 to modernize river infrastructures, in particular locks, and develop this mode of transport, announced the public manager Voies navigables de France (VNF).

"VNF's investment financing capacity is increased to 300 million euros for 2021, but also 2022, accelerating the increase in the investment program in recent years," said in a statement the public institution that manages the most of the French river network and benefits from credits from the government stimulus plan.

The main operator of river traffic notes that 2020 was "marked by a series of major achievements for the establishment, aimed at promoting the development of river logistics".

A large part of the budget was committed "to the French part of the European Seine Escaut link, which will connect the Seine basin on a large scale with the northern European river network, and will promote the economic development of the territories". At stake in particular: modernization of locks and dams.

This year, "new projects will be launched (...) to continue to support the development and regeneration of the river network": renovation of locks, reconstruction or reinforcement of dams ...

"It is important to remember that this low-carbon mode of transport contributes directly, through its very high loading capacities, to the fight against global warming, which is a more than priority objective", underlines the CEO of VNF Thierry Guimbaud, cited in the press release.