The United States leads the global economic recovery, emerging countries are lagging behind 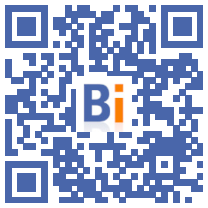 More than a year after the start of the pandemic, uncertainties related to the spread of the COVID-19 virus still determine trends in the global economy today. The acceleration of the vaccination process as well as its effectiveness condition the economic recovery.

In this context, the outlook for a return to normal is both uneven and uncertain depending on the business sectors and geographic areas, according to the latest barometer from Coface, a leading player in credit insurance.

As in its last barometer, Coface assumes that the economic recovery will gain momentum from the summer of 2021, when the United States and Europe have vaccinated a sufficiently large part of their population. However, there is a risk of delay in vaccine deployment, particularly due to supply constraints from producers, resulting from shortages of some components and export restrictions.

Coface's global growth forecast has been revised, however, up by half a point (+ 5,1% in 2021), thanks to stronger growth than expected in the United States. In this more favorable macroeconomic context, Coface reclassifies 35 business sectors against only 3 downgrades. In addition to the United States, several other parts of the world economy have already or will have regained their pre-crisis level of activity by the summer: China, industry and international trade. On the other hand, others are lagging behind: service activities requiring physical contact with the customer and European economies. Finally, in a few large emerging economies, the recovery is also being held back by rising inflation, which is forcing central banks to tighten their monetary policy.

The US economy seeks to achieve the "high pressure" regime

Since the start of 2021, the balance of surprises has tilted on the positive side, despite the still numerous health uncertainties.

The expected growth gap between the euro zone and the United States is usual, particularly in the recovery phase. In part, this is the result of weaker automatic stabilizers in the United States which accelerate adjustments in employment and income.

But this time around, the reasons for this shift in favor of the United States are different. Mobility restrictions less restrictive than in the euro zone, both in 2020 and at the start of 2021, as well as the more rapid deployment of vaccines in the population, explain this gap.

Differences in economic policy may also explain this American performance. On the monetary policy side, if the US Federal Reserve (Fed) further increased the size of its balance sheet (its asset purchase program increased by around 13 points of GDP in 2020, compared to 9 points for the ECB) , this has now reached the same level in both zones (around 30% of GDP). Lastly, and above all, larger budgetary support will allow the US economy to return to its pre-crisis level of GDP.

Adopted in March 2021, the new American support plan amounts to 1 billion dollars (USD), and bring the total fiscal response to the crisis to an amount equivalent to 27% of US GDP, more than any other mature economy. Coface estimates that the deficit could be up to 56 billion higher than it would have been without this stimulus plan.

This strategy aims to place the American economy in a "high pressure" regime., that is to say to implement very expansionary monetary and budgetary economic policies to promote the return to work of the least employable people (long-term unemployed or inactive through discouragement, low-skilled people and categories of the population suffering from discrimination in hiring).

In this context, the euro zone should return to its pre-crisis level of GDP only in 2022. In the event that the main mobility and activity restriction measures were lifted by the end of the summer, this should go hand in hand with a gradual end to measures to help businesses which could lead to higher unemployment. In addition, the increase in corporate indebtedness, made possible on favorable terms through loans guaranteed by the States, should permanently limit their investment capacity.

Today, the main government aid put in place in 2020 has not been withdrawn. Despite the stabilizing effect of public aid, the financial health of companies deteriorated significantly in 2020 - which should normally lead to an increase in defaults. According to Coface, insolvencies in 2020 should have increased by 19% in Spain, 6% in France, 6% in Germany and 7% in Italy. Coface thus estimates the number of hidden failures at 44% of failures recorded in 2019 for France, 39% for Italy, 34% for Spain and 21% for Germany.

According to the IMF forecast for April 2021, emerging economies will be more durably penalized by the current crisis than mature economies.

In 2024, the GDP of emerging economies will be 4 percentage points lower than that which would have been observed without the COVID crisis. For mature economies, the gap would be only one point (compared to 10 during the global financial crisis). There are several reasons for this expected lag between the restart of mature and emerging economies.

In terms of health, first of all, the vaccination process is more advanced in mature countries, although a few emerging economies are exceptions: United Arab Emirates, Chile and, to a lesser extent, Turkey and Morocco. At least 10% of the population had already been fully vaccinated there on April 8. But apart from these few cases, the reservation of the majority of vaccines available by the United States and Europe leaves few doses available for others. Among the four main vaccine-producing areas (China, United States, Western Europe and India), the temptation to implement protectionist measures is growing. For example, India has already announced a temporary stop in the export of vaccines in order to favor their deployment in the national territory, where the number of cases has increased significantly since the beginning of March.

In addition to these still strong health uncertainties, many emerging economies remain penalized by their exposure to sectors of activity that have been hit hard by the crisis (tourism, transport in particular).

On the good news side, however, the rise in oil prices and even the main agricultural commodities is a breath of fresh air for economies that suffered from the opposite trend last year. Not to mention that the positive outlook for US consumption should fuel strong export volumes, particularly among producers of consumer goods.

On the other hand, at the same time, the widening US budget deficit favors capital outflows from emerging markets, to the extent that the upward revisions to the outlook for US GDP growth favor an increase in long-term interest rates in the United States, a narrowing of the gap with its counterparts in emerging countries, and beyond , less attraction for the financial markets of the latter. This has resulted in a depreciation of emerging currencies, particularly in Turkey, or even in Brazil.