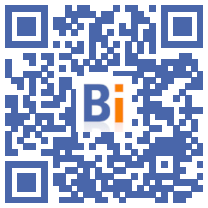 Three out of four apprenticeship training centers (CAF) increased their workforce, on average by 11%, in 2020 despite the economic crisis, according to a survey by France Compétences, the body in charge of financing work-study programs.

This increase is consistent with the indications of the government which reported more than 420.000 apprenticeship contracts signed this year, against 368.000 last year.

In addition, while the financing has been reformed, 46% of CFAs estimate that they will be in balance this year, 22% in budget surplus and 19% in deficit.

The funding of CFAs has been based since this year on taking charge of each apprenticeship contract: each time a young person signs one, the center receives a sum - called "contract cost" - supposed to cover his teaching costs, according to a national scale per diploma established by France Compétences.

In addition, 85% of responding CFAs have changed their teaching methods at the start of the 2020 school year, mainly by setting up distance learning. And more than half (54%) have opened new training sections, a quarter of which are at Bac + 2 level.

This survey was carried out in October among 600 of the 1.330 CFA registered by the National Education.