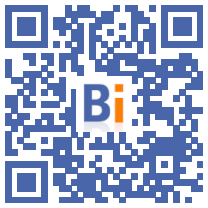 The Polish company Saule Technologies has announced that it has opened the world's first industrial production chain for solar panels made from perovskite cells, an innovative technology.

"We are changing scale, we are moving from the laboratory to the industrial," Olga Malinkiewicz, the founder of the company, told AFP, congratulating herself on opening "the world's first plant for perovskite photovoltaic cells".

Perovskite modules make it possible to manufacture light, flexible photovoltaic panels, having transparency rates, colors but also variable shapes and that can easily be placed on a laptop, a car, a drone, a spacecraft or a building. even in the shade and indoors.

Perovskites are atomic structures that are common in nature but can be easily obtained in the laboratory. The efficiency of new modules is comparable to that of traditional silicon panels.

Their manufacturing costs are reduced compared to the simple inkjet printing process invented by Olga Malinkiewicz, 38, which allows them to be produced at room temperatures.

The researcher invented her technology eight years ago when she was a doctoral student at the Institute of Molecular Sciences (ICMol) at the University of Valencia, Spain.

His discovery, noticed by the journal Nature, earned him the prestigious prize of the Photonics 2 competition, organized by the European Commission, and another from the MIT Technology Review.

The factory is located in Wroclaw, in the southwest of Poland. According to Olga Malinkiewicz, already "the demand exceeds the production capacities" of the chain initially estimated at 40.000 m2 per year.

The first commercial orders came from the internet of things and building sector where the new modules are easily integrated into different facades and surfaces.

The production technology consists in printing on transparent plastic sheets successive layers of photovoltaic modules, including that of perovskites, forming an assembly with predefined technical parameters, shapes, sizes and colors.

These modules can be very small or large, they can also be cut or, on the contrary, glued together to obtain very large surfaces if necessary.

"We use synthetic perovskites which can achieve considerable efficiency and potency, and which do not need to be extracted from nature," said Malinkiewicz at the inauguration of her plant.

In the Himalayas and in space

The perovskite modules have been tested, "with excellent results," in simulators of conditions in outer space, the researcher told AFP.

A flexible, folding A4 double sheet surface perovskite module has "proven its worth as a charger for phones and other electronic equipment during an expedition to the Himalayas, in extreme weather conditions", a- she added.

The company Willow Technologies, named after a Baltic pagan goddess ruling the sun, earth and sky, is controlled by private Polish investors, including Columbus Energy, the country's leader in photovoltaics and green energy, and Japanese, with multimillionaire Hideo Sawada.

The company, which has a team of 70 people from 15 different countries, is preparing its next flotation on the Warsaw Stock Exchange and is already considering building new factories "in Europe or perhaps in Japan".

"Of all the photovoltaic installations in Europe, only 4% are manufactured on the continent. We agree with the European Union that it is important to start manufacturing them" in the EU, Ms. Malinkiewicz said.