The government asks the prefects to go faster on wind power 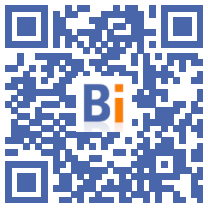 The government has asked the prefects to "put in place all the required actions" to accelerate the renewable energy projects in progress, including wind farms, sources of regular controversy in public opinion, according to a circular dated Friday, September 16 and obtained by the site Context.

Faced with the energy crisis, four ministers, including those of the Interior, Ecological Transition and Energy Transition, are asking the decentralized State services to "put in place all the actions required to facilitate and accelerate the treatment files (...) in progress and to come".

In total, these files under investigation represent “nearly 10 GW of photovoltaic and wind projects and around 5 TWh of renewable gas capacities”.

For the government, it is a question of "ensuring that no instruction exceeds 24 months, except in very exceptional circumstances", according to this circular.

The decentralized State services are also invited to observe "an objective of 18 months between the date of filing of a project to renew or increase the power of existing wind farms, and its implementation".

According to Michel Gioria, general delegate of France wind energy, the union of professionals in the wind industry (350 members), the circular aims in particular to speed up the processing of onshore wind energy files, sources of recurring controversy in public opinion. “There are 5 GW of (onshore wind) projects awaiting authorisation, i.e. 15% of the capacity already installed in the territory, which is considerable”, he underlined.

While the development of wind projects is arousing more and more opposition, hampering their deployment, the government wants to pass a bill to speed up the procedures and catch up with France's delay in wind and solar power.

In February, in a speech delivered in Belfort, shortly before the war in Ukraine, President Emmanuel Macron set the lines of France's new energy policy, announcing a vast plan to revive civilian nuclear power and the development of offshore wind, but a brake on onshore wind turbines.

"In the energy situation that we are experiencing with winters that promise to be difficult at least until 2025, the unavailability of part of the nuclear fleet and the crisis in Russian gas, wind power, solar power and methanisation are the only means of production that we have to produce more megawatt hours", underlined Michel Gioria, general delegate of France wind energy.