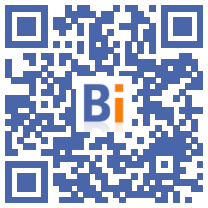 As of Tuesday, the City of Paris will offer its first home ownership homes at 5.000 euros per m², or half the price of the market, for middle-class families thanks to the real solidarity lease (BRS) device, explained the housing assistant Ian Brossat at AFP.

The Foncière de la Ville de Paris (FDVP), a solidary land organization (OFS) permitted by the Alur law of 2014, manages this new offer for social home ownership by separating land from buildings thanks to the BRS.

"The property company buys and keeps the land in perpetuity, while only the building is sold to Parisian families for a period of 99 years. The household pays in addition a fee of 2,5 EUR per month and per m2 to the property company corresponding to land participation, ”explains the town hall.

In the event of the death of the purchaser, "the succession is for the benefit of the heir," Mr. Brossat told AFP. If the heir earns more than the resource ceiling, the FDVP buys the home from him "at purchase value revalued with inflation".

Inspired by a model from the United States where it emerged in the 1980s, some French local authorities have already taken hold of this new system, such as the metropolitan areas of Lille, Rennes and Lyon.

"The target is families, since they are family housing, and middle class," explains Mr. Brossat. From Tuesday and for the month of April, a first batch of 23 housing units, a third of which are T3 and a large half of T4 and more, will be open to applications.

To the legal criteria (ceiling of resources and obligation to make it its main residence), the town hall adds its own selection criteria, such as the candidate's necessary link with the capital.

The deputy mayor PS Anne Hidalgo judging the resource ceilings "a little too low for Parisian sociology", he says he has initiated a discussion with the Ministry of Housing to be able to raise them and thus pass for example, for a couple with two children, from 4.900 euros to 5.500 euros in monthly income.