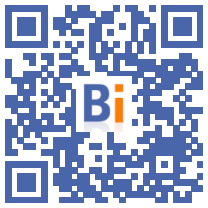 The Banque de France on Tuesday slightly raised its growth forecast for France in the second quarter to 0,25%, against 0,2% previously, as the economy managed to withstand the shocks of the war in Ukraine and the Covid in China.

"After the decline in the first quarter (-0,2%, editor's note), activity in the second quarter would show resilience, that is to say that clearly there would be no recession in the French economy" , said Olivier Garnier, Director General of Statistics and Studies of the French Central Bank, presenting his monthly economic survey.

"In April, (...) we had the beginning of an improvement and the good news is that for the month of May, the survey tends to show that there is a fairly clear improvement in all of the major sectors, i.e. industry, construction and services", detailed Mr. Garnier.

"This improvement would continue in June even if it would be a little more moderate", with in particular a slight decline in construction, he added.

According to feedback from the 8.500 companies surveyed by the Banque de France, production capacities in industry were thus used in May at 79%, now standing above the average for the last 15 years in almost all sectors.

In services, the sectors penalized by the Covid-19 epidemic continue to drive activity, in particular the hotel and catering industry with the return of foreign tourists to France.

Supply difficulties in industry and construction resulting from the post-Covid recovery and the rise in commodity prices remain high, but are easing.

At the same time, fewer companies plan to increase their selling prices in June compared to the previous month, due to “a less marked increase in the prices of raw materials”, underlines the Banque de France.

On the other hand, recruitment difficulties increased further in May, no doubt in connection with the resumption of activity, according to Mr. Garnier.

The Banque de France will update its growth forecast next Tuesday for 2022, as well as for 2024. In its previous scenario, dating from mid-March, it forecast growth of between 2,8 and 3,4% this year in depending on the evolution of oil prices.