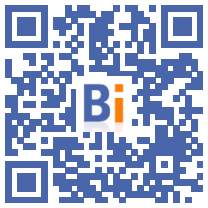 Published in the Official Journal of April 11, the dates of the elections to the Chambers of Crafts Trades - CMA are now known. They will take place from October 1 to 14, 2021 with an election now of regional importance.

With this in mind, the U2P and its member organizations launched their “LA VOIX DES ARTISANS” lists in each region at the start of the year, as well as a participatory platform to feed their project and support candidates: lavoixdesartisans.fr.

"LA VOIX DES ARTISANS", a participatory process of the U2P in view of the elections to the CMAs and the next electoral deadlines

From January 2021, the U2P and all of its member organizations began to prepare the lists for the elections to the Chambers of Trades and Crafts scheduled for October 2021. At the exclusive service of craft companies, these lists entitled "THE VOICE OF ARTISANS" aim to promote all the expectations of craftsmen in France.

They put the following priorities at the heart of their campaign for these elections:

To be as close as possible to the demands of artisans, U2P has launched a participatory platform. Accessible from the lavoixdesartisans.fr site, this allows them to collect their opinions and proposals in order to enrich the list program and to make “THE VOICE OF ARTISANS” heard during all the major electoral events to come.

Several debates are organized on the platform. The first "Should we perpetuate exceptional aid for learning and professionalization?" " is closed. An exchange on this subject with Laurent Munerot, Vice-President of the U2P, as well as a summary, are available online. A second debate entitled: “Should the transfer of a business be taxed? " is in progress. In total, 6 debates will be organized there in order to feed the U2P project for the CMA elections.

Regional elected representatives from the departments

These elections will be held under the impetus of a new organization of the CMA network. In fact, since January 1, 2021, the entire departmental network of CMAs has given way to the regional network of CMARs, the Regional Chambers of Trades and Crafts. This reform should make it possible to provide better support for craft business leaders.

This change also changed the voting system. From now on it is a regional list which must be presented, made up of departmental lists in each department that includes the region. Thus, if the stake of the CMA elections is regional, the departmental level nevertheless retains all its electoral value.

Making your voice heard: who can vote and how?

With these elections, every craftsman has the opportunity to make his voice heard! It is indeed a question of electing its professional representatives for the next five years within a body which represents the general interests of the craft industry. CMAs support craftsmen by intervening at each stage of the life of the craft business, from the genesis of the project to the transmission of a business, including its development and sustainability as well as the completion of essential formalities.

Any craftsman of at least 18 years old registered or mentioned (the collaborating spouses) in the directory of trades on April 14, 2020 without a period of interruption, is a voter. The official campaign will take place from September 31 to October 13 and the elections from October 1 to 14, 2021. The voting material (lists and professions of faith) will be sent to all craftsmen by post. They will then have the choice of voting by mail or now online on a digital platform that will be created for the occasion.