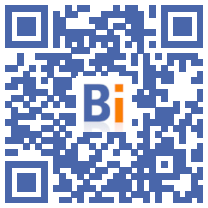 The Abbé Pierre Foundation on Thursday called on the government to extend beyond May 31 the winter truce for rental evictions in the face of a health situation still "extremely tense" raising fears of an "explosion" of evictions without rehousing and without accommodation in the summer .

Conquest of Abbé Pierre after the winter of 1954, the winter truce usually suspends rental evictions between November 1 and March 31, offering each year a respite to thousands of modest households in France.

Due to the health and economic crisis linked to the coronavirus epidemic, the government announced in February that it would be extended this year by two months, until May 31.

Three weeks from the deadline, "the health situation" remains "extremely tense," said the Abbé Pierre Foundation in a press release. In this context, the association asks "the government to extend the truce, pending a return to a stabilized situation".

According to the association, the resumption of evictions this year "would threaten 30.000 households, in a dramatic health and social context".

The measures taken in recent months "to better prevent the + time bomb + rental evictions are insufficient", continues the Foundation, which calls, among other things, for a relaxation of the conditions for obtaining aid from the Housing Solidarity Fund.

The contribution of 20 million euros by the State to the compensation fund for donors remains "much lower than the needs", she adds. "Under these conditions, everything gives rise to fear of an explosion of evictions during the summer of 2021, without rehousing or even without accommodation".

In 2020, the winter break was extended until July 10, already due to the health crisis.

According to a parliamentary report published last February, 3.500 people were evicted from their homes in 2020, a figure down 79% from 2019 due to the extension of the winter break.