Two years before the 2024 Olympics, the Games do not only make people happy 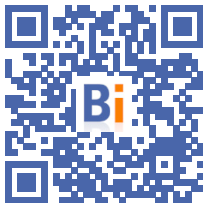 Minority but structured, opponents of the 2024 Olympics are active two years before the deadline (July 29-August 11, 2024), driven by the idea that the Games are "a pretext" to accelerate urban transformation in Seine- Saint-Denis, to the detriment of its inhabitants.

The opponents of the Olympic Games are above all established in the Paris region, in the territories which will host the world competition. At the forefront is Seine-Saint-Denis, which receives the majority of public investment to erect lasting projects.

Saint-Ouen, Saint-Denis, La Courneuve, Dugny, Aubervilliers... So many cities that will benefit from Olympic projects, then converted into housing or public facilities.

Opposite, the mobilization is heterogeneous: the local residents directly concerned by these developments mingle with associations for the defense of the environment and local political opposition, mainly anchored on the left.

Some of these organizations are already established and active on various local issues, such as the National Movement for the Fight for the Environment 93 and North East Paris. The others are more recent and diffuse, created in the perspective of the Games, such as the "Citizen Vigilance Committee for the 2024 Olympics" or the "Ravage 2024" collective.

Among his guests were activists mobilized against the past Olympics (London, Tokyo) or who are campaigning against those to come (Los Angeles).

"We are not the only ones to fight against this Olympic megamachine which ravages the lands we cultivate and the neighborhoods where we live", affirms the collective.

His anti-globalization discourse rejects even competition itself, "a competitive, nationalist sport obsessed with profit".

The number of opponents to Paris-2024 is difficult to calculate and fluctuates. At this stage, the mobilizations have brought together a maximum of a few hundred people, including families, and are taking place without overflow.

In addition to classic parades, opponents are trying to innovate through other formats.

In Saint-Denis in May 2021, a handful of them cut off traffic by installing fake cardboard trees, garden barriers and tables to transform a road into an "ephemeral square".

They denounced the risks to the health of 700 students at a school which adjoins a motorway interchange under construction for the purposes of the Games.

In Aubervilliers, activists occupied for a few months, until their evacuation by the police in September 2021, part of the allotment gardens promised to be destroyed with a view to the construction of a training swimming pool for the athletes.

These ephemeral "JAD" ("Gardens to Defend"), miniature version of the ZAD ("Zone to Defend") of Notre-Dames-des-Landes, welcomed residents and more seasoned activists, the time of debates between the vegetable gardens.

The projects linked to the Games involve an artificialization of the soil against the climate emergency, believe their detractors.

Few in the field, they amplify the visibility of their actions via social networks, which sound like a sounding board with other ecological struggles in the country.

A motorway interchange, the future media village and the Aubervilliers swimming pool have been targeted by legal proceedings. The applicants obtained delays in the start of work, but no project was abandoned.

Only notable victory in Aubervilliers, where the pugnacity of the opponents forced the city to revise the original project. Summoned by the judge, the city corrected its building permit by removing the additional constructions of the swimming pool, planned on the perimeter of the gardens.

In the eyes of many opponents, however, the Olympics act as a "steamroller" which is difficult to resist.

In response, the authorities recall the opportunity offered by the Olympic projects for the development of Seine-Saint-Denis, stressing that the disputes are inherent in these major urban projects, now all on track.