Eiffage's profit drops by almost half in 2020 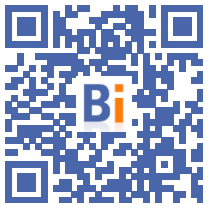 Eiffage, the construction and motorway giant, saw its net profit fall by almost half in 2020, after the shock suffered in the first half of all its businesses due to the coronavirus crisis, he announced on Wednesday.

Consolidated net profit, group share stood at 375 million euros against 725 million EUR in 2019, according to a group press release which qualifies the impact of Covid-19 on its activity as "major", but notes a "recovery significant in the second half of the year ".

In the first half of the year, the group suffered a net loss of EUR 8 million.

Over the year, consolidated turnover amounted to over EUR 16,3 billion, down 10%.

In the works branch, turnover reached more than EUR 13,7 billion, down 9,5%, but this activity returned to the same level in the second half of the year as in 2019 in France, according to the group. In this segment, the construction activity was the most affected, with a drop of 13,4% to 3,69 billion euros, but it fell less significantly in France (-12,6%) than in Europe ( -16,1%), specifies the group.

In the motorway and airport concessions branch - which continued to be affected by the health crisis in the second half of the year - sales amounted to nearly EUR 2,6 billion, down 12,7%, with for example traffic down 24% on the Millau viaduct, 22% on the A65 and 67,3% at airports for which the group is the manager.

At the end of the year, the works order book reached EUR 16 billion, an increase of 14% over one year and "represents more than fourteen months of activity" due "to the postponement of the activity of the first half-year (up to 1,3 billion euros) but also to obtaining major contracts (transport infrastructure and offshore wind) ", according to the group.

He anticipates a turnover "significantly increasing in Works, close to its level of 2019".

On the other hand, in the concessions, the uncertainties which continue to weigh on the movements do not allow the group "to estimate in a reliable way the evolution of the corresponding turnover".