Renewable capacities grew by 9% in 2021, first in Asia 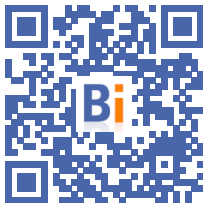 Dams, geothermal energy, and above all solar and wind power... renewable energies have seen their global production capacities increase by 9,1% in 2021, particularly in Asia, far from the volume necessary to decarbonize the world, indicated there is few days the International Renewable Energy Agency (IRENA).

At the end of 2021, global renewable generation capacity stood at 3.064 gigawatts (GW), according to its annual statistical report.

Hydroelectric power remains in first place (1.230 GW), and again in 2021 saw the commissioning of several major projects. But photovoltaic and wind power are progressing the fastest and accounted for 88% of these installations last year.

Some 60% of new capacities concerned Asia, and above all China (with 121 GW added). The continent now hosts almost half of the renewable capacities in the world (48%).

In 2021, Europe and North America come in second and third place for new installations, with a respective addition of 39 and 38 GW.

Geothermal capacity is far behind, but it recorded exceptional growth in 2021, with + 1,6 GW.

In a difficult global context, "this sustained growth is further testimony to the resilience of renewable energies," said Francesco La Camera, director general of the intergovernmental agency.

“However, he adds, our publication shows that the energy transition is far from being fast enough or general enough to avoid the disastrous consequences of climate change”.

Overall, renewables accounted for more than 2021% of new electricity capacity in 80, but coal in particular has also grown.

In many countries, the demand for energy is growing faster than green energy. IRENA thus calls for strengthening cooperation, particularly in favor of the Africa and Central America-Caribbean zones: in 2021, the production capacity of renewables has only increased by 3,9% and 3,3% respectively.