RE2020: towards an inapplicable Title V systems procedure? 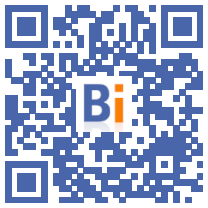 The new so-called “Title V” procedure of the future RE2020 risks hampering any possibility of innovating in terms of systems. Eight professional organizations are sounding the alarm signal and calling for consultation.

The latest version of the draft text detailing the Title V procedure for RE2020 is of great concern to professionals who ask the Department of Housing, Town Planning and Landscapes for urgent consultation. It should be remembered that the so-called “Title V” procedure opens up additional approval possibilities in order to integrate the specific features of an innovative system into the calculation methods linked to environmental regulations.

In order to prepare for RE2020, a dedicated group of fifteen experts (GE14) had already looked into the subject of taking innovations into account and, based on feedback from RE2012, had raised a number of criticism, but above all had put forward proposals which the text that is emerging does not take into account.

Too great a procedural burden

The first concern is the feasibility of the new procedure. The text seems to indicate that it would be necessary to provide an environmental statement for innovations. While it is obviously essential to justify the environmental impact of a whole solution, on the other hand the requirement of an environmental declaration (PEP) for each innovation would amount, in fact, to prevent their taking into account in the RE2020. This would be even more problematic for equipment (large Title V suppliers), for which a large number of PEPs are the result of collective approaches concerning standard products. On this point, the GE14 expert group had proposed several avenues including the use of environmental data by default.

Another subject of concern, the new procedure adds, compared to RE2012, a requirement of “at least 10 construction projects”, ie 10 Titles V Operations to obtain a Title V System. This requirement considerably increases the time and cost of the process, not to mention its questionable relevance. In fact, the completion of 10 V-Operation vouchers and their operation would take at least 4 years, to be added to the processing time of the V-Title System (on average 15 months according to GE14). This risk is all the more important given that it is a question of establishing a monopoly on the analysis and management of application files for V Titles for the benefit of a single operator. This monopoly would add a risk of lack of responsiveness and transparency. Here again, among the GE14 proposals were the resumption of Titles V of RE2012 in RE2020, as well as the possibility of obtaining a Title V a priori, to be validated in the months following implementation.

The eight organizations * that signed a letter to the Department of Housing, Town Planning and Landscapes have always participated in the development of RTs and support their application in the field. They have greatly contributed to the development of RE2020. Today, they expressly ask that the text not be published as it is and that a consultation be launched on the basis of the GE14 proposals.