Neither nationalization nor extension of motorway concessions 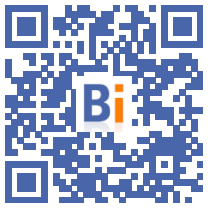 Mr. Djebbari said he disagreed with the analysis of a recent Senate report, according to which Vinci Autoroutes and Eiffage should reach profitability by 2022, plus ten years before the end of their concessions.

Dividends paid would then reach around 40 billion euros, including 32 billion for Vinci and Eiffage, before the end of the concessions between 2031 and 2036 for most of them, according to the report.

"It therefore appears unthinkable to extend the current concessions, and if the choice is made to renew them when they expire, the duration will have to be reduced as a minimum", noted Senator Eric Jeansannetas (RDSE), president of the senatorial commission of inquiry.

At the very least, "we must stop the infernal logic of work-extension of work," added centrist Vincent Delahaye, rapporteur of the commission of inquiry, referring to "poorly tied" contracts.

It is necessary on the contrary, according to him, to negotiate "additional work without consideration", not to hesitate to brandish penalties, and to negotiate certain reductions in tolls.

"There is no report or any analysis that would robustly prove the over-profitability of concessionary companies," replied Jean-Baptiste Djebbari.

Highways "deserve better than shortcuts and simplistic debates," he said.

Mr. Djebbari spoke out against "concession-bashing", recalling that the motorway companies paid 50 billion euros in taxes between 2006 and 2018, during which time they invested 20 billion in the network.

The minister sees in the upcoming end of the concessions "the opportunity to have a critical debate on our infrastructure financing model without complacency or demagoguery" to "make it change for the better".

Mr. Djebbari said he was opposed to an interruption of contracts before their expiry. A renationalization would cost "more than 47 billion euros" and would be an obstacle to the rule of law, according to him.

He also spoke out against extending concessions in exchange for new work. "By wanting to prolong the contracts of the past too much, we would risk increasing their disconnection from the expectations of the French," he noted.

The contracts must however be "modernized", in particular to accommodate electric vehicles and take better account of environmental issues "and find mechanisms for greater moderation in tariffs", noted the Minister, without further clarification.

A "highways summit" should address these issues, he said.