Massive fire in a California crushed by the heat 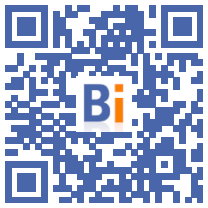 Hundreds of firefighters were mobilized Thursday, September 1 to fight a fire along a major highway in California, hit by a dreadful heat wave.

Water bomber planes are mobilized to try to control a fire which started on Wednesday and which has already affected more than 2.100 hectares of the Los Angeles hinterland.

California is facing, like parts of Nevada and Arizona, another day of extreme temperatures. A heat dome settled over the area, pushing the mercury to soar to 43°C on Thursday in the area of ​​the fire.

This sweltering weather is expected to continue until next week, with temperature peaks of up to 46°C.

Current conditions could lead to "very fast" fires with "explosive behavior", he said.

"The next few days are going to be very difficult," warned Mr. Garcia to the press.

The "Route Fire", which blocked a few hours during the main highway connecting Los Angeles to San Francisco, is partly under control, said the firefighters, but still much remains to be done to achieve its extinction.

"Intense heat, low humidity and rough terrain will complicate the work of firefighters," said the authorities in a situation update. They estimate that this will promote large plumes of smoke, the advance of the fire towards the top of the reliefs and the triggering of other nearby fires.

The heat wave affecting the western United States has also caused disruptions on the Californian electricity grid. Its regulator, California ISO, asks households to limit their consumption from 16:00 p.m. to 21:00 p.m. in order to avoid saturation.

Among the recommended measures is stopping the recharging of electric vehicles at these times, in a state which announced a few days earlier to ban the sale of new gasoline cars by 2035.

The reduction in demand that would result from these gestures "may help stabilize the electric grid during periods of high demand and (thus) avoid emergency measures that include temporary" outages, California ISO wrote in its message. alert.

In the middle of the day, all the solar panels provide a third of the electricity in California.

But when the sun goes down, the supply of photovoltaic energy is abruptly interrupted, leaving the other sources of electricity to take over – which poses a problem at the start of the evening, when the heat of the day is not still falling, pushing demand via air conditioning.

The US Weather Service (NWS) has issued an "excessive heat" alert for the majority of California, as well as parts of Arizona and Nevada, warning of "dangerously hot temperatures" for the next few days.

The mercury is expected to stay very high - over 25°C - overnight.

In Southern California, heat waves are not unusual in September, but temperatures above 37°C are considered very hot, even for an area known for its strong sunshine.

The American West is hit by more than two decades of devastating drought, made worse by climate change.