Landscaping work and new natural lawn at the Bauer stadium 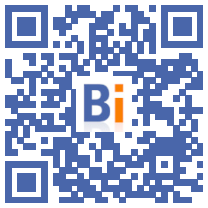 The renovation of the Bauer stadium in Saint-Ouen-sur-Seine was punctuated throughout the summer by the implementation of a new lawn. After 10 years of synthetic, Red Star FC players have rediscovered the pleasure of playing on a natural lawn since the beginning of September.

The West Tribune has also benefited from development work to improve and secure its access. To make the events even bigger, the Bauer stadium has been equipped with three camera platforms.

A tight but held schedule

New owner of the stadium, the REALITES Group is proud to be able to allow the club with the red star to continue its sporting epic in Bauer during the work. By mobilizing its teams on site, the group is once again demonstrating its ability to keep its commitments and meet the needs of the club, its supporters and the city of Saint-Ouen to create an ecological stadium that is accessible to all. REALITES intends to continue the renovation project of the BAUER stadium at the same pace and with the same high standards of quality and respect for deadlines.

Construction work on new sports facilities between the Juliot-Curie gymnasium and the field began a few weeks ago. This new construction, delivered in the spring of 2022 will allow the club to maintain its football school activity and to install its staff in premises in the immediate vicinity of the Bauer stadium for the duration of the operation. The development of the South Tribune began in the fall with, among other things, the replacement of the southern lighting poles, scheduled for the end of 2021. The year 2022 will see the start of reconstruction work on the East Tribune then will come the turn of the West Tribune to undergo a major rehabilitation in 2023. The operation will end with the implementation of the North Tribune and the Bauer Box, 30.000 m² of mixed spaces which will accommodate shops, restaurants, health services, offices and collaborative spaces as well as cultural facilities to bring the neighborhood to life and vibrate.