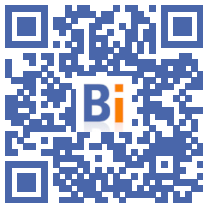 Some have put their life savings there, others have a pleasant summer residence there: in Cairo, around thirty barges are threatened by an army development project which is causing a stir in Egypt, where many denounce a sacrifice of heritage for the benefit of gain.

"I realized a dream by buying this barge, I fitted it out to accommodate my grandchildren and spend my last days there," writer Ahdaf Soueif told AFP.

But soon the Nile could no longer rock these houses perched on metal caissons along the popular district of Imbaba facing the very chic island of Zamalek.

Already, some have been swept away because the inhabitants received an eviction order on June 20 within two weeks – without any offer of relocation or compensation.

They could be replaced by cafes, hotels and restaurants that are much more profitable for the army, still in command in Egypt since the end of the monarchy and in a dominant position in the areas of development and infrastructure.

"I sold my apartment, my father his car and we used the severance pay from my two retired parents," Manar, a 35-year-old engineer, told AFP. year.

Today, she feels like she's lost everything: "People from the slums have been rehoused, the state moved graves when it built a road through a cemetery and for us, nothing."

His fate and that of his neighbors has moved and, surprisingly in Egypt, the talk shows usually fervent supporters of President Abdel Fattah al-Sisi, have taken their side.

Since the 1950s, these boats have been the setting for Egyptian crooner Abdel Halim Hafez's serenade in the film "Ayam wa Layali" or the smoky discussions of "Drifts on the Nile" by Nobel Literature Naguib Mahfouz.

The alarm was raised in 2020 when the Governor of Cairo announced "suspending permits to park barges".

Since then, the inhabitants have remained without news. Until the eviction order which leaves them, says one of them, "no time to file a legal appeal".

And above all, the State is asking them for arrears for parking, the concession of the dock and the registration between 40.000 and 50.000 euros, or 20 times more than what they paid.

Aymane Anouar, head of the Nile Authority in Cairo, assures that they have been warned: "in 2020, the State banned the use of barges as dwellings because they do not give a civilized image and pollute the Nile" , says the senior official in a talk show.

"We were not sufficiently informed, it was by listening to Mr. Anouar on television" that Ms. Soueif declared that she had understood her only alternative: to transform the barge into commercial premises.

"At my age, converting myself into a cafe manager? It's an expulsion that does not say its name," she replies.

The activists denounce a lack of consultation with the inhabitants as during previous demolitions, in Boulaq and Maspero, near the city center.

If the policy of the bulldozer began in these poor informal neighborhoods, with the barges it is wealthier families who bear the brunt of the major development works.

Previously dotted with cafes where all social classes came to sip tea for a few pounds, the Corniche du Nile is one of the few public spaces where you can escape the din of the megalopolis of 20 million inhabitants.

On the other bank, the "promenade of the Egyptian people" counts, alongside the "new capital" which emerges from the sands 50km from Cairo, among the "mega-projects" wanted by the former Marshal Sissi and piloted by the 'army.

"It's a disaster: every square centimeter must be profitable, there is no more public space, people can no longer be outside without paying," laments Ms. Soueif.

The government, however, assures that this walk - with "marina, open-air theater, cafes and restaurants" - will "guarantee public access to the Nile".

For Awad, on his houseboat with his wife and children for 25 years, "a square meter of bank for commercial rental is 1.000 pounds, so they prefer to rent from cafes than from us, to earn more money".

"It's dramatic because it's a piece of Cairo's heritage which has seen King Farouq, Oum Kalsoum and Mounira Mahdia", the greatest singer in Egypt between the two wars, laments the sixty-year-old.

"It's lost in advance: even before the Council of State, it's the State so we can't do anything, we're told that it's a decision from the top," he said. pointing to the sky.