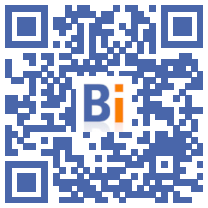 The National Assembly on Thursday gave the first green light to a reform of mortgage loan insurance, making it possible to change it free of charge at any time and no longer only on the anniversary date.

A bill "for fairer, simpler and more transparent access to the loan insurance market", carried by the deputy Patricia Lemoine (Agir group) was adopted at first reading almost unanimously (61 votes against one and two abstentions).

The text, which must now be examined in the Senate, aims to enter into force in the next few months, before the end of the legislature.

The loan insurance market is valued at nearly 10 billion euros in contributions per year, and concerns nearly 7 million owners with outstanding credit.

The objective is to introduce more competition in the banking sector, which has a strong position in this area (88% market share), and that of insurance, in order to lower the cost of such insurance.

The Minister of the Economy Bruno Le Maire on Wednesday expressed his support for this reform favorable to the "purchasing power of the French".

“Today you can only change your borrower insurance for the first year and then on an anniversary date. credit insurance, if you think you can find better and cheaper elsewhere, ”the minister explained.

Mrs. Lemoine, during the debates in the hemicycle, estimated that this new provision could allow "savings which could range on average from 5.000 to 15.000 euros over the total duration of the contract".

This reform strengthening "respect for consumer rights" is also "a measure of purchasing power, which does not cost the state one euro," added the deputy for Seine-et-Marne.