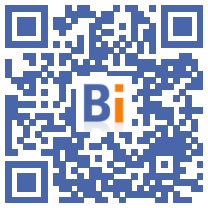 Parisian environmentalists, allies of the mayor PS Anne Hidalgo, demand the abandonment of the controversial Triangle Tower project, the construction of which must begin by the end of the year, denouncing a "climate aberration".

Voted in 2015 despite their opposition, this project of an "office tower 180 meters high and 92.000 m2 of surface is anti-ecological and contrary to the commitments of the Climate Plan of the City of Paris", assailed the elected environmentalists of the Council of Paris (GEP) Tuesday in a press release.

Designed by the Swiss architectural firm Herzog et de Meuron, this 42-storey tower is to be built in the middle of the Porte de Versailles Exhibition Center, in the XNUMXth arrondissement of Paris.

Pressed by the town hall to sign the construction lease before November, "otherwise the project would be called into question", the shopping center giant Unibail-Rodamco-Westfield (URW) announced on Monday that the site would start by 2022, with the financial support of the insurer Axa, to be completed by 2026.

But for the elected ecologists, this project, "heir to the town planning of the 60s", is "economically anachronistic and above ground" at a time when "the development of telework and co-working has upset tertiary real estate" and where "more than 4 million m2 of offices are vacant in the Ile-de-France region".

The relaunch of a project "incompatible with France's objective of halving its greenhouse gas emissions by 2030" is also announced "in the midst of COP 26", again deplore the Greens, who denounce a tower with a "catastrophic" carbon footprint for its construction and its operation.

"It takes 3 to 4 times more concrete and steel" to build the tower "than to build a very low consumption building respecting the Parisian ceilings", agrees the Collective against the Triangle Tower, an association of opponents contacted by the AFP. "Anne Hidalgo, who claims to be a candidate in the service of ecology, should have done everything to cancel this project," said Danielle Simonnet, LFI advisor in Paris.

Ms Hidalgo, the PS candidate for the presidential election, is currently in Glasgow for COP 26, considered a crucial moment to determine the objectives of global reduction of carbon emissions and fight against global warming.