Energy: the resistance is organized to defend the public service 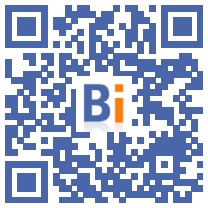 At a time when energy prices are soaring, when energy independence is brought back to the fore by the war in Ukraine and when France is preparing its energy transition, a burning question risks appearing in the emergency pile of the new government led by Elisabeth Borne: what about the future of EDF?

In the previous five-year term, for some 18 months, the unions of the incumbent operator fought against a reorganization project, called Hercules, supposed to provide resources by putting EDF's activities related to renewables on the stock market and improving the remuneration of the nuclear.

The project was eventually abandoned due to disagreements with the European Commission over maintaining the group's unity, and also due to the approach of the French elections.

"We won the first match, we remain humble because we know that the project is not in the trash, it is only in the freezer", explained Tuesday Philippe Page Le Mérour, secretary of the CSEC of EDF, on the initiative, with its counterpart from Enedis, of this "National Energy Council", launched in a large room in the northeast of Paris.

Because the question of means is more crucial than ever, at a time of decarbonization of the economy and renewal of an aging nuclear fleet.

The initiative aims to "get out of the union sphere" and bring together all the support of civil society, he explained during a press conference.

Both the State and the management of EDF have made no secret of their intention to put the "reorganization" of EDF back on the job.

During the campaign for his re-election, Emmanuel Macron spoke of a renationalisation, mainly "on some of the most sovereign activities", reviving speculation on the fate of the most profitable activities, such as renewable energies.

The group's CEO, Jean-Bernard Lévy, pleaded for a "structural reform" on May 12 during the group's general meeting.

A project which reinforces the concern of many elected officials, in particular of small municipalities, who fear the volatility of energy prices in a liberalized market.

"Small towns can't take it anymore, they are experiencing dizzying increases in the cost of energy!" explained to AFP Christophe Bouillon, PS mayor of Barentin (Seine-Maritime) and president of the Association of small towns of France (APVF), on the sidelines of a debate during the launch of the CNE.

“Communes have closed, swimming pools here, leisure centers there. We are in a dramatic situation for many municipalities. We are told that it will last, that means that there is a question of model and that is why we are alongside those who want to think of another model today", he added.

"There is a balance sheet that is made of 15 years of openness (to competition) that does not work, so when it does not work, we must try to offer something else, return to certain values ​​that we defended, and we must stop being everyone in our corridor”, estimated for his part François Carlier, general delegate of the CLCV, who represented consumers on Tuesday.

"We hope that from today the voice of those who have things to say and who have ideas on the design of the public energy service of tomorrow can be heard," said Mr. Le Mérour page.

The future of the public electricity service cannot be confined to the corridors of political and financial decision-makers, he said, calling on “the citizens” to seize it.