Climate finance has withstood the crisis, but remains uncertain for the future 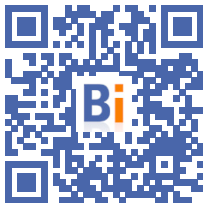 Investments in favor of the climate increased in France in 2020 despite the health crisis, but still insufficient to meet the country's climate objectives, and their future after the recovery plan is uncertain, the I4CE institute said on Thursday in its annual Panorama. climate finance.

Thanks to the post-Covid recovery, this funding should increase further in 2021 and 2022, but still insufficient to allow the country to follow its climate roadmap, also leaving the situation open once the recovery plan is exhausted, summarizes the Institute. of the economy for the climate (I4CE).

In 2020, households, businesses and administrations invested nearly 45 billion euros in favor of the climate, i.e. + 10% compared to 2019. This increase contrasts with the overall decline in the country's investments last year (-7,8, XNUMX%, according to INSEE).

The increase was mainly focused on electric cars and plug-in hybrids, while investments in the energy renovation of housing, the rail network, public transport and renewable energies remained stable.

But this funding remains insufficient compared to the objectives of France's national low-carbon strategy, which aims to reduce greenhouse gases and fight against global warming.

At least 13 to 15 billion additional public and private euros would be needed each year until 2023, and about double until 2028, calculated I4CE. A minimum estimate, because many sectors such as agriculture, industry or nuclear are not covered.

In addition, France will have to revise upwards its GHG reduction ambitions to comply with the new objective adopted in mid-2021 by the EU (-55% of emissions in 2030 compared to their 1990 level, against -40 % currently). This will mean more investment needed: about twice as much, estimate the researchers of I4CE.

The main climate financing of the recovery plan will end in 2022: the public authorities must anticipate it, "by now developing a climate strategy for public finances", calls the think tank, which wants to help decision-makers integrate the climate into their decisions, and is also addressed to presidential candidates.