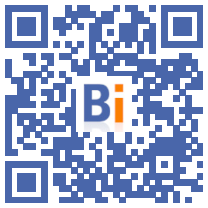 The Ministry of Ecological Transition has published an order which offers renewable energy producers the possibility of asking electricity network operators (mainly Enedis and RTE) for a so-called “alternative” connection offer, which would be less expensive and more expensive. faster than the benchmark offer.

In addition, the ministry publishes a decision taken in application of the regulatory experimentation system established by the law relating to energy and the climate of 8 November 2019 relating to the optimization of the sizing of current transformer stations for connection to the distribution network of renewable energy production facilities. This decision will allow Enedis to temporarily derogate, as an experiment, from the sizing rules for electricity network installations in order to free up new connection capacities without modifying the infrastructure and, here again, speed up connections.

Electricity production facilities are connected to the public electricity networks in order to be able to inject the energy produced into the network.

The operators of the public electricity network must offer a connection offer which guarantees them that they can inject all of the electricity produced at any time. However, in certain cases, “alternative” connections could be cheaper or faster to make without offering the guarantee of being able to inject all the energy produced at all times. The energy produced could, very occasionally, be capped, within foreseeable limits and contractualized between the producer and the grid operator.

Experiments have been carried out by Enedis in conjunction with renewable energy producers and have shown positive feedback, resulting in substantial savings for producers and an acceleration of connections.

Alternative connection offers are therefore an efficient and innovative way to simplify and accelerate the deployment of renewable energies. They will constitute a new option for producers who will be free to choose them or to opt for the so-called “reference” connection.

The Ministry of Ecological Transition estimates that they could allow the deployment of around 750 MW of additional power in advance by 2030.

The generalization of these connection offers must not, however, lead to limiting investments in the networks, which would be detrimental to the achievement of French energy policy objectives. The decree thus sets limit limits.

Barbara Pompili, Minister for the Ecological Transition, declares: “These measures are fully in line with our policy of accelerating the deployment of renewable energies in France, which puts us on track to achieve our energy policy objectives. They make it possible to shorten and reduce the cost of connecting renewable energy production facilities. The experiment carried out by Enedis is also an illustration of the development of flexibilities that will allow us to further reduce the cost of renewable energies and to build the electricity system of tomorrow. "

For more information, consult the decree