Against global warming, French agriculture is experimenting with mobile "parasols" 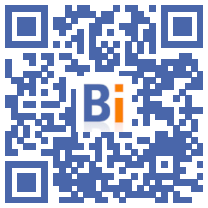 What if vines and apple trees were shaded by mobile "parasols" producing solar energy? These photovoltaic shades are being tested in a few orchards and vineyards in the French Mediterranean basin, an area victim of global warming.

"A shade house is like when a human is hot and takes a parasol to shelter from the heat. So the vine is protected from a large part of the big heat blows" to keep the same cycle of grape maturation ten years ago, explains Gautier Hugues in the middle of his vines, in the red soil of the Provençal hills, in Rians (Var).

"For ten years, each year has been worse. Both in terms of spring cold and periods of strong heat without rain," says this farmer's son.

The winemaker's observation matches that of the scientists. The Mediterranean basin as a whole is warming 20% ​​faster than the rest of the world, according to a report by the Mediterranean Experts Network on Climate and Environmental Change (MedECC).

"Climatic extremes are a threat to the agricultural sector. Crop yields are expected to decline in the decades to come in most of the current production areas (...) if no adaptation takes place," said the report.

Gautier Hugues has therefore decided to place sliding photovoltaic panels above a small plot of vines and is satisfied with it. Next to it, a control plot without shade shows less vigorous vines.

The electricity produced by the panels is sold to the network, which ensures payment for the installation. The balance to find is complex because a plant needs the sun to produce flowers and fruits.

"If you give shade to a plant that doesn't need it, it's a disaster," notes Christian Davico-Pahin, a horticulturalist who founded Ombrea at the end of 2016 after losing a quarter of his harvest on a "heat stroke".

The company, which employs around forty employees in Aix-en-Provence (Bouches-du-Rhône) has placed sensors in the vineyard to measure humidity, wind speed, light, soil condition ... Every 15 to 20 seconds, these masses of data - 16 million over a year - are transmitted to software "which, by analyzing them, will remotely control the panels so as to recreate an ideal microclimate", affirms Mr. Davico-Pahin.

Also in Provence, at the heart of one of the main apple and pear production areas in France, the agricultural experimentation station La Pugère has been testing mobile shade shelters on a 2019 m700 apple orchard since 2 with the production company of Sun'R energy.

"During scorching periods, we have up to four degrees less on the foliage, so we reduce the risk of burns on the leaves and the fruit," notes Vincent Lesniak, researcher at La Pugère.

"We first study the behavior that it can have on plants before thinking that it becomes a viable economic model, both for the energy producer and for the agricultural producer," underlines Mr. Lesniak.

Because if the mobile shade shelters make it possible to limit the evaporation of rainwater and to reduce the need for irrigation, the additional humidity can also sometimes increase the risk of fungi.

Of the ten experiments currently being carried out in France, a country in "the leading pack on mobile shade shelters, there are still unknowns and we are not sure of all the benefits", notes Nicolas Tonnet, energy and innovation specialist at the Ecological Transition Agency (Ademe), the public institution overseeing these developments.

Hence the launch of some 70 new projects which should be monitored over several years by Ademe.

"In areas where the sun is increasingly strong, this shade can be interesting for vines, for tomatoes or in arboriculture", notes Nicolas Tonnet, but in others, lacking in light, it can have Negative consequences".

Hence the vigilance of Ademe so that the race for renewable energy does not nibble on agricultural land, already constrained by urbanization.