A hospital executive in Marseille tried for favoritism 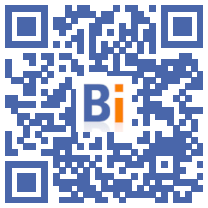 Two years of suspended prison sentence were required, Monday April 25, against an executive of a hospital center of Marseilles judged to have favored a company in which he had interests during work within the establishment.

"A Marseille-style system marked by an inappropriate and illegal proximity between a public official and a friendly entrepreneur": this is what the prosecutor of the Marseille criminal court denounced on Monday.

The defendant, prosecuted for illegal taking of interests, favoritism and concealment of abuse of corporate assets, was responsible for the technical services of the Edouard-Toulouse psychiatric hospital in Marseille.

From 2007 to 2011, the defendant had signed contracts for 1,2 million euros for the benefit of a company, D2G Construction, in which he held a quarter of the shares. Among them, there are three public contracts for a total amount of 547.000 euros that the court dissected.

The manager of the company awarded these contracts with the hospital had no employees or even equipment. He employed a subcontractor who admitted to employing only undeclared employees, recruited by the day in front of material distributors and paid one hundred euros a day for a mason, sixty euros for a labourer.

According to the prosecutor, the head of technical services gave his entrepreneur friend the benefit of privileged information allowing D2G Construction to submit very offensive offers. For the renovation of the toilets of a pavilion estimated at 250.000 euros, the company had for example won the contract with a lower offer of 100.000 euros.

Denouncing "small arrangements between friends", the lawyer for the hospital center evoked "a betrayal" and claimed 100.000 euros in damages.

Me Bernard Hini pleaded "the absence of criminal intent" of his client, "a man of perfect honesty, armed with diplomas", who would have been the subject of revenge after having conducted an investigation into embezzlement committed by two hospital executives.

The court will deliver its decision on May 23.