One year after the floods in Alpes-Maritimes, wounds still visible 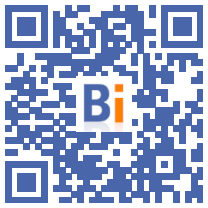 The natural disaster which caused "the most damage in metropolitan France since the Second World War", according to the experts: one year after the deadly floods in the Alpes-Maritimes, the wounds are still visible, material and psychological, and the reconstruction will be long.

On October 2, 2020, a flood hit the hinterland of Nice and Menton, causing devastating floods in the valleys of Vésubie, Roya and Tinée. Tons of earth, materials and other trees tumble down riverbeds, washing away everything in their path.

Appraisal: ten dead, including the captain of firefighters Bruno Kohlhuber, 49, swept away in the early hours of the disaster with a young volunteer firefighter, Loïc Millo; eight people still missing; and damage of at least one billion euros.

"The diabolical marriage of the storm Alex with a Mediterranean phenomenon": this is how Xavier Pelletier, delegated prefect in charge of the reconstruction of the valleys, forced to go back to the war of 39-45 to see such material devastation, describes this apocalypse.

Roads, water, electricity and telecommunications cut, houses destroyed or threatening to collapse: the 13.000 inhabitants of the three valleys find themselves totally destitute, some have lost everything. "For 48 hours we were cut off from the world, then we were locked up for months", testifies Jean-Pierre Vassalo, the mayor of Tende, to AFP.

"Locked up for months"

"We had to help residents who had only the clothes they wore on them. They no longer had a house, no more car, no more papers," explains Jean Stellittano, local representative of Secours Populaire. The priority is then to relocate those who no longer have a home, ie some 800 people.

One year later, 135 households are still provided temporary accommodation. And "we are beginning to see disaster victims arriving again without accommodation", underlines this activist associations: "There is great distress among many, especially since the summer season was not up to the mark for those who live off tourism or agriculture. The psychological reconstruction will also be very long ".

In the aftermath of the disaster, a vast outpouring of solidarity was set up. The Nice Côte d'Azur metropolis collects around 2 million euros, the department 2,7 million. Singer Julien Doré launches a raffle that raises 930.000 euros for the benefit of the Secours populaire.

A year later, the activity has partially resumed. "Thanks to a family barn, I was able to recreate my warehouse, because I lost everything", testifies, on the verge of tears, Jean-François Roux, boss of a masonry company in Saint-Martin-Vésubie, in front of his destroyed house: "It took four to five months to buy equipment, get up and leave, but today we work almost under normal conditions".

Hélène Rey has still not reopened her two mini markets in Breil-sur-Roya, as the insurance offer was "ridiculous".

The overall damage estimate is debated.

750 million euros for uninsured public facilities in all three valleys, according to Prefect Pelletier. At least 800 million for Vésubie and Tinée only, retorts Christian Estrosi, president of the Metropolis, to which these two valleys belong: "We do not agree with the evaluations of the services of the State", asserts to the 'AFP the mayor of Nice.

To this can be added the 217 million euros of insured damage to individuals (homes, cars, etc.) and professionals.

In total, according to the Prefecture, 85 km of roads were impacted, 20 bridges destroyed or rendered unusable. As for housing, out of 2.500 houses appraised, 420 cannot be rehabilitated.

"We compared the disaster to hurricane Irma", which swept through the French islands of Saint-Barthélémy and Saint-Martin in 2017, says Pascal Dassonville, regional director of Enedis, which continues to rebuild 50 km of its electricity network .

Pressed by elected officials who considered aid too limited and too slow, President Emmanuel Macron announced in June an increase in allocated funds, ordering his ministers to lift administrative blockages.

The overall budget for public aid now stands at 572 million euros, including 59 million from the European Union. And Mr. Pelletier assures him: "Most of the reconstruction will take place by the end of 2022". "In one year, it's incredible what has been done, but it is colossal work", confirms Mr. Vassalo, in Tende.

A year after the nightmare, a hamlet still remains isolated, that of Casterino, in Roya. At 6 km from the goal, the road has disappeared.