JO-2024: migrant workers collateral victims of the works of the Olympic village 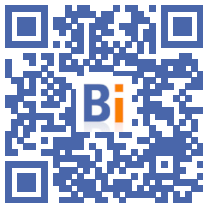 Without ventilation despite the heat, in precarious comfort, some 300 migrant workers displaced from their homes have been occupying prefabricated housing for more than a year, awaiting the construction of new residences, collateral victims of the work on the future Olympic village. of the 2024 Olympics.

In her 18 m2 modular accommodation lined with sheet steel, Famara Ndeo is "suffocating" under the heat wave of the last few days, after having shivered there last winter.

"We were released with the Olympics (...), we are abandoned", declares, bitterly, the 32-year-old Mauritanian, dock agent at Roissy airport, who claims not to have seen since December a representative of 'Adef, the housing manager. Broken ventilation and hotplates, cockroaches, clogged toilets...: the list of complaints grows longer over the months.

Asked by AFP, the organization did not wish to speak.

Since March 2021, some 300 workers, mainly Africans, have lived like Mr. Ndeo in a temporary residence in Saint-Ouen (Seine-Saint-Denis) financed by Solideo, the company responsible for the Olympic works.

These migrant workers were expelled from their homes to allow the construction of the village which should accommodate 14.500 athletes and coaches.

"The home at the time was in very poor condition and no longer met the standards of social residences, with permanent water leaks, broken windows", assures Adel Ziane, second deputy mayor of Saint-Ouen in charge. of urban planning.

"We are proud to be able to allow foreign workers to come to France, and it is our responsibility to house them in decent conditions", continues the elected official, assuring that they occupy "a temporary residence of good quality" .

The left-wing municipality "unfailingly" supports these migrants, who will stay in this city in the first ring of Paris served by two metro lines: after a long standoff, the occupants of the home have obtained the construction of two new social residences of 150 housing units each in Saint-Ouen.

A first home is due to emerge in early 2023, in the Docks eco-district. On the other hand, the second, located in the city center, is suffering a significant delay and will not be delivered before the Games, indicates the sub-prefect of Saint-Denis Vincent Lagoguey.

Local residents filed an appeal for the cancellation of its building permit, but the Council of State dismissed them at the end of April, paving the way for the resumption of work.

While waiting for these brand new premises, each worker must pay 417 euros per month to stay in this temporary four-storey residence, which looks like a classic apartment building.

But many of them miss the old home and its community life.

"We had a large shared kitchen," recalls Diarra Samba, who now has to prepare his meals on two small hotplates.

"With the heat and the smells, it's shit, we have to open the window and the door" of the studio, deplores the Malian, who arrived in France twenty-five years ago as a clerk in a restaurant in the neighborhood Defense business.

This pious father also regrets not being able to pray with his neighbors in "a common room", as he had become accustomed to.

After their day's work, during which most of these men perform arduous tasks with staggered hours, many gather around a few benches at the entrance to the home.

Pack of six bottles of water in hand, Moussa Coulibaly, a Malian cleaning agent, delays the return to his accommodation as long as possible in order to escape the furnace.

"Some stay until 3-4 a.m. outside. We can't sleep. Here it's a bungalow, it's not real walls, it's scrap metal", regrets Mr. Coulibaly in showing the metal structure of the facade. "My bed is a hot plate," says another resident.

A few hundred meters away, work on the Olympic Village continues. With an objective stated by the Paris-2024 organizing committee: "Provide an optimal welcome" to future champions.