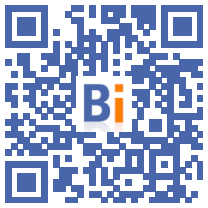 The Organization for Economic Cooperation and Development (OECD) published on September 22, 2022 a report on the financing mobilized by developed countries for climate action in developing countries between 2016 and 2020, based on the latest data available.

In 2009, developed countries collectively committed to mobilizing $100 billion per year in climate finance for developing countries from 2020. This commitment was confirmed in 2015 at COP21, until 2025.

On the occasion of the publication of this report, Bruno Le Maire, Minister for the Economy, Finance and Industrial and Digital Sovereignty, Catherine Colonna, Minister for Europe and Foreign Affairs, Agnès Pannier-Runacher, Minister Energy Transition, and Chrysoula Zacharopoulou, Secretary of State attached to the Minister for Europe and Foreign Affairs, in charge of Development, Francophonie and International Partnerships, reaffirm France's commitment to financing mitigation and adaptation to climate change in developing countries.

In 2020, France had mobilized 5,08 billion euros, including 1,96 billion euros for adaptation to climate change.

In December 2020, the President of the Republic announced an increase in France's financial commitment, bringing it to 6 billion euros per year for the years 2021 to 2025, of which a third dedicated to adaptation.

On the occasion of COP27 in Sharm-el-Sheikh, France calls on developed countries that have not yet done so to adopt ambitious climate finance targets and to implement them as a matter of urgency in order to achieve collectively the $100 billion target.

For Bruno Le Maire, Minister of Economy, Finance and Industrial and Digital Sovereignty: “In terms of public financing, France is playing its role fully and honoring its commitments, both in terms of the overall volume of climate finance and of directing towards adaptation, the collective doubling of which is expected in 2025. But we must go further and more quickly by mobilizing more private players: the Ministry of Economy and Finance will therefore carry this fight towards the alignment of all financial flows, public and private. Indeed, it is on this scale and on this scale only that we will be able to cover the entire cost of the climate transition. Concretely, it is a question of mobilizing other sources of international financing such as development banks, and above all mobilizing all the financial actors of the private sector, as we do in France and in Europe by equipping ourselves with a reporting framework and extremely precise and demanding flow monitoring. »

For Catherine Colonna, Minister for Europe and Foreign Affairs: “Financing the fight against climate change and adaptation to its effects are at the heart of France's solidarity development policy. France is taking its fair share of the collective effort, as several civil society reports have underlined, with a clear and ambitious objective: 6 billion euros each year until 2025. With 2,2 billion euros devoted to adaptation, i.e. more than a third of the amount, France is also attentive to the priority needs of developing countries, most of which are low emitters of greenhouse gases while being the first to be affected by the impacts of climate change. We have kept our word, and we will continue to do so. »

For Agnès Pannier-Runacher, Minister for Energy Transition: “Combating climate change requires the implementation of ambitious means. As such, France has kept its climate finance commitments by providing 6 billion per year. However, the OECD report on the collective commitment of 100 billion from developed countries shows insufficient progress. In a spirit of solidarity and with the intention of raising global climate ambition, we must continue to engage all actors, private and public, French and international, to participate in this effort. By keeping its promise of financial commitment and by concretizing in European law our climate ambition during our presidency of the European Union, France is ready to take up the challenge of a successful COP27 by calling on all countries to take up the ambition of their climate actions. »

For Chrysoula Zacharopoulou, Secretary of State to the Minister for Europe and Foreign Affairs, in charge of Development, Francophonie and International Partnerships: "Behind these figures, France is supporting concrete projects co-constructed with the beneficiary countries: "partnership for a just energy transition" with South Africa to accelerate the phase-out of coal, development of agriculture that is resilient to climate change in the Sahel through the Great Green Wall, or the preservation of natural carbon sinks in the forests of the Congo Basin. »