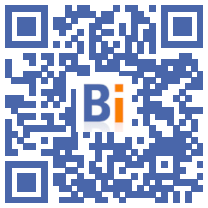 The City of Paris is ready to sign on Wednesday January 5 the framework agreement for the compensation of victims of the explosion in the rue de Trévise, which it provides to the tune of 20 million euros. she told AFP.

Paris PS mayor Anne Hidalgo "asks her lawyer for the framework agreement to be signed today" during a mediation meeting with the lawyers of the other parties involved and the victims, says the City at one week of the third commemoration of the drama.

Ms. Hidalgo is to receive the victims on Friday afternoon, who have so far accused him of "playing the clock".

On January 12, 2019, a very strong detonation caused by a gas leak had blown this street of the 4th arrondissement of the capital, killing 66 people, 400 injured and some XNUMX residents affected.

If the actual signing of the framework agreement still remains a "matter of days", it is "that everyone must sign", underlines the City for which the opposition of certain insurers to the principle of specific damage is the last brake.

For Linda Zaourar, president of the association Vret (Victims and survivors of the explosion in the rue de Trévise) contacted by AFP, this specific damage would make it possible to value traumas such as "the fear of gas, the fear of roads, to have been confronted with death "or" the fact of having waited three years "for compensation.

Instead of the specific damage, the City is proposing an increase in the damage provided for by the Dintilhac nomenclature in order to integrate the "exceptional character" of the explosion, indicated the first deputy Emmanuel Grégoire in an email to the associations of victims and sent to AFP.

Mr. Grégoire, who announced in early October that the City, indicted in this case, would add 20 million euros to the compensation fund "without this presuming his guilt", ensures that the payment of provisions does not will not have to be voted in the municipal council "for all the victims whose damage is not consolidated, as well as for those for whom an agreement is not immediately found on the amount".

The town hall will be able to advance "80% of the sums without passing by the Council", which will decide only on the final transactions, specifies the City, which undertakes to pay the sums within a period of two months maximum.

While the estimate of the total property and personal injury amounts to 200 million euros, according to Linda Zaourar, the town hall "will have to complete at a time" even if the 4 other parties involved in the explosion in front of 6 rue de Treviso - the condominium manager also indicted, the gas distributor GRDF, the insurer of the Generali union council and the construction company Fayolle - also add to the fund.