Emmanuelle Wargon announces the strengthening of the "affordable rental" system 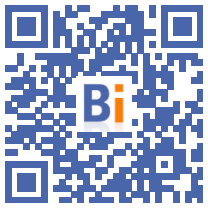 To encourage owners of vacant housing to put their property on the rental market, the Minister for Housing, Emmanuelle Wargon, wants to "simplify" and strengthen the "affordable rent" device, she announced Monday on BFM Business.

"Either you rent at the market price, or you decide to rent below the market price and, there, it is good if there is an aid which compensates for this effort", explained the minister.

The "affordable rent" device, launched in February 2017 by Emmanuelle Cosse, the former Minister of Housing, already allows owners to benefit from a tax exemption when they rent below market prices, but the current minister considers this device too complex and wants to "simplify and improve".

“Before, the rent was based on zones. There, it's much easier, you take market rents” in the housing municipality.

The 2017 version provided for a minimum deduction of 30% of the amount of rents collected in tight areas, which represented 2.274 municipalities divided into three zones: 77 in zone A bis (Paris and the inner suburbs), 650 in zone A ( greater Parisian ring, Côte-d'Azur, Aix-Marseille, Montpellier, Lille, Lyon) and 1.547 in zone B1 (other agglomerations).

The last zone, B2, has 3.900 other "tense" municipalities, where owners can deduct at least 15% of their rental income.

The ministry estimates the number of vacant homes at 1,1 million, of which 300.000 are in tense areas ", that is to say areas in high demand, the ministry told AFP.

Several announcements from the Minister are expected on Monday as part of the housing component of the 2022 Finance Bill.