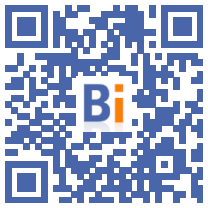 The public group Caisse des Dépôts reported Thursday a net profit divided by more than three in 2020, despite sustained activity, a consequence of the Covid crisis which weighed on the activity of its various subsidiaries.

In total, the "Caisse" generated a net profit of 777 million euros last year, compared to the profit of almost 2,5 billion obtained in 2019, she said in a press release.

In detail, the savings fund, where a large part of the regulated savings of the French is centralized and managed, saw its net profit halved, from 412 million in 2019 to 210 million in 2020.

The general section, which brings together all the other activities of the group apart from the savings fund, generated a net profit of 566 million last year, against just over two billion in 2019.

The Caisse des Dépôts is notably a shareholder in a number of subsidiaries and strategic holdings, such as La Poste, the transport operator Transdev, the tourist company Compagnie des Alpes and the real estate group Icade, which experienced last year more or less significant drops in income due to the Covid-19 crisis.

However, "the year 2020 shows a very strong activity for the Caisse des Dépôts", argued its managing director Éric Lombard, quoted in the press release.

The group thus claims a loan production "at a high level, with outstanding loans raised to 192 billion euros and an improvement in the conditions of loans granted, in particular to local communities", as well as a strong collection on passbooks. regulated of more than 20 billion.

"It has solid resources to carry out its missions of general interest, with equity of more than 50 billion euros. This allows it to mobilize strongly in support of the recovery plan since it has already committed 30% of 26 billion euros of new capital investments announced ", adds Lombard.

For its 2020 results, the Caisse des Dépôts will donate 514 million euros to the State budget.