British employers call for renovation rather than subsidies to save energy 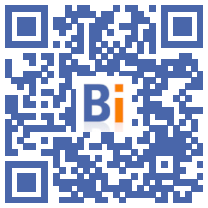 The head of Britain's main employers' union (CBI), Tony Danker, called a few days ago for London to invest in housing renovations to cut energy consumption and reduce carbon footprints, rather than subsidizing soaring bills.

The United Kingdom in its new energy strategy has emphasized an all-round revival of production, from renewables to nuclear, including more gas and oil drilling hoped for in the North Sea.

But what Downing Street "has not done during this crisis is talk about demand," insists Mr Danker, according to the text of his speech.

"Wasting energy is like wasting food. It has no justification. It's not good for anyone. And there are lots of ways to help people lower their bills," says Mr. Danker.

According to him, the government needs to invest around £5,2 billion every year until 2035 to properly insulate homes, which are losing energy faster than any other country in Europe.

'Sounds expensive,' he argues, 'but high energy bills and the resulting inflation have just cost Chancellor' of the Exchequer Rishi Sunak '£22 billion' in energy subsidies to the poor , he argued.

"And we are not yet in October", when the cold will boost the demand for heating and when the ceilings of energy prices should be raised again, he added.

The environmental group Insulate Britain, which has carried out high-profile campaigns and operations in the United Kingdom to encourage the insulation of buildings in order to combat global warming, claims that the country has around 29 million homes and that these buildings are "the oldest and those with the worst energy efficiency in Europe".

It adds on its website that “nearly 15% of total UK greenhouse gas emissions come from heating buildings”.

The United Kingdom is also facing a cost of living crisis fueled in particular by soaring energy bills.