85% of people living in buildings say they feel good 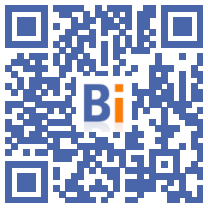 85% of people living in buildings say they feel good. Residents who declare, in 75% of cases, to be satisfied with the relationship with their manager or condominium manager. A result that reaches 79% among co-owners.

“This new observatory established by Ipsos for Plurience confirms a real evolution in the perception of life in collective housing, 85% of the inhabitants questioned feel happy to live in their building. In this unprecedented period of health crisis, the links between co-owners, relationships with property managers, have been strengthened around a driving value for all, that of living well together. This new study thus highlights that 75% of residents say they are satisfied with the relationship with their manager or their co-ownership manager, a real recognition for our businesses. Environmental issues now represent a major issue for residents. The next few years will be essential to further improve the energy performance of the buildings and homes of our co-owners ”
Etienne Dequirez, Vice-President of Plurience, and President and CEO of SERGIC (4th administrator and manager of real estate in France)

A feeling of well-being in buildings

The Plurience association, which brings together the major operators of property management in France, is publishing for the third consecutive year, the Observatory of well-being in buildings. Launched in 2018, this study aims to better understand the satisfaction factors and expectations of residents to improve well-being in buildings.

Housing remains a fundamental landmark in the life of the French, a safe haven. This attachment point was amplified after several months of confinement in housing, linked to an exceptional health situation. If for 52% of people questioned the Covid-19 period has not in any way changed their outlook on life in their home, it will have enabled 22% to take more interest in the life of their building, according to the latest results published by Ipsos Observer on March 26, 2021.

The results of the study show that 85% of people living in apartments say they feel good (43% quite well) compared to 83% the previous year. This perception of well-being rises to 91% among resident (co-) owners and 96% among retirees. Only 15% say they do not feel good there, compared to 17% in 2019/2020. Among the well-being factors, calm and tranquility remain predominant (34%), along with good neighborliness (22%) and a feeling of security (10%).

The period of the coronavirus has shown once again that the neighborhood can be an ally and a precious source for mutual aid within buildings. Solidarity actions have emerged to overcome the ban on travel (support for shopping for the most dependent), childcare at home, school assistance, etc ... Many initiatives of Plurience members have also contributed. .

In order to perfect their happiness "at home", the French always express their need to live in a pleasant environment with a well-equipped building. The typology and characteristics of the accommodation itself contribute 40% to the well-being within its accommodation: well designed, comfortable and spacious (15%), renovated building (12%), the environment of the building for 33% (46% for retirees). For 71% of those questioned, proximity to public transport (19%), the street and the neighborhood (26%), calm (38%) are essential to their well-being. Among the areas for improvement that could increase their satisfaction, renovation work (24%), sound and thermal insulation are underlined by 23% of those questioned, just as 28% insist on the security of the building, in particular protection of common areas (17%).

A positive perception of its co-ownership manager

The French, year after year, living in communities continue to feel good in their homes. This is the finding that emerges from the very latest edition of the Observatory Plurience of well-being in buildings. It should be noted that the residents of buildings declare in 75% of cases to be satisfied with the relationship with their manager or their condominium manager (27% completely satisfied). This result reaches 79% among co-owners.

The survey was carried out by Ipsos Internet from February 22 to March 3, 2021, with 2055 people constituting a representative national sample of the population residing in France, aged 20 to 75 years.