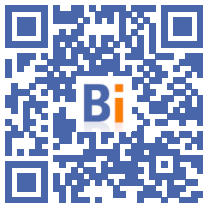 The unemployment insurance reform entered into force on Friday. Five things to know about this complex and contested issue:

A long way of the cross

After the failure of nearly four months of negotiation between social partners, placed according to them before an impossible mission by the executive which asked them too much savings, the government presented in June 2019 a vast reform, the first measures of which will come into force. in November.

But, from March 2020, the health crisis pushes the executive to suspend the reform on several occasions. In addition, the main measure, the modification of the calculation of unemployment benefit, was canceled by the Council of State in November 2020.

In the meantime, a social consultation is engaged to arrange the reform. In March 2021, the Minister of Labor, Elisabeth Borne, unveils the arbitrations, with a new date set for July 1.

But, seized by the unions, the Council of State suspended at the end of June the decree containing the new calculation rules, forcing the government to postpone its reform once again to October 1.

A reformer's record to defend for Macron

Seven months before the presidential election, the Head of State is counting on unemployment insurance to strengthen his social record. All the more so as the "mother of reforms", that of pensions, has been in limbo for 18 months, that the "great age" law has been abandoned, and that the "commitment income" for young people is slow to come. shape.

In the union ranks, the president is accused of wanting to "tick off" the reform for political reasons and of showing "stubbornness", observing that it is a source of "less turmoil" than that of pensions, which has provoked weeks of protest in the streets.

The unions recognize that it is difficult to mobilize on unemployment insurance, but opposition to the reform will be one of the watchwords of the day of mobilization of October 5 at the call of a CGT inter-union, FO, FSU and Solidaires.

A legal battle not over

All the unions have already announced that they will take over the Council of State on the new decree. "Our appeal will be filed at the beginning of the week, we still have time since the first payments will arrive at the beginning of November," Yves Veyrier (FO) said on France 2 on Friday.

The Council of State had suspended in summary in June the modification of the calculation of the unemployment benefit, arguing "uncertainties on the economic situation". The government considers that the argument is no longer valid with the clear improvement in recent months in the employment situation.

But the highest administrative court has still not held its hearing on the merits - the date of which is not known - and the unions say they have other arguments. In particular the delay between the date of entry into force of the measures applying to job seekers (October 1) and that of the "bonus-malus" to penalize companies abusing short contracts (September 2022).

According to an assessment by Unédic carried out in the spring, and not lapsed according to the joint body, up to 1,15 million people opening rights in the year following the entry into force of the reform would receive a more monthly allowance. low (17% on average), with at the same time an extended "theoretical duration of compensation" (14 months on average against 11 before the reform).

Elisabeth Borne judged this study "not very credible" by arguing that it does not take into account the clear improvement in the employment situation since the spring, Friday on LCI.

On the financial side, Unédic estimated that the reform would lead to lower expenditure of 2,3 billion per year, once "all the measures have been increased".

Other measures on December 1

The rest of the reform, namely the tightening of the rules on the degression of benefits and on the length of membership necessary to open or top up a right, should come into force on 1 December.

These measures are in fact linked to conditions for improving the labor market which should be fulfilled by that date.

The eligibility conditions will then be reduced from 4 to 6 months. And the decrease of 30% for benefit recipients under 57 years of age who had a salary of more than 4.500 euros gross monthly will apply to the 7th month of compensation and no longer to the 9th.