24 months from the delivery of the Olympic books, "we're good" assures the director of the Solideo 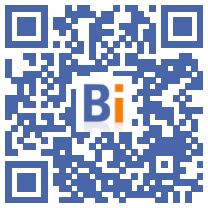 Two years ! The general manager of the Olympic Works Delivery Company (Solideo), responsible for building the permanent works for the Paris 2024 Olympics, Nicolas Ferrand has only 24 months ahead of him to deliver on time, especially the Olympic Village.

"We are fine", he assures in an interview with AFP, he who has planned "three months of white" to face the hazards that could experience his complex and ultra-secure sites.

QUESTION: "You have two years left before delivering the main Olympic works, at the end of 2023, where are you at?"

ANSWER: "From the start, we keep thinking about what could cause the works not to be delivered on time. In the schedule, we have planned three months of blank to be able to anticipate, that is to say a flood of type 1910, either a major heat wave which forces the sites to be stopped for nearly a month, or a disruption of supply, or a 1995 type strike. Thus, we have planned that the largest sites will be finished in September 2023 (for December 2023, Editor's note). Today, we are on time and on budget. "

Q: "The employees of the Solideo explain that the countdown, to the nearest second, is installed on each computer. Did you have this idea?"

A: "We can't take it off. At the beginning when I did that, there were 72 months left. I was making everyone laugh! There at 24 months, the smiles tighten (laughs). We're fine. We're fine. is capable of delivering on December 31, 2023, and Paris 2024 will begin to fit within the walls. "

Q: "What do you think of the opponents who, for some, have taken legal action, such as the media village or the Aubervilliers swimming pool?

A: "We have always said that we are in a state of law and that any opposition can be expressed. The basic question posed by the opponents is that they question not only the Solideo project but the political project. They also tell us that we are doing greenwashing. This is not true. When we work with environmental associations, they say: what you do is ten years ahead of which will be done in France. "

Q: "What are the sites we hear less about?

A: "There is Yves Du Manoir in Colombes. We forget him all the time! It is the historic site of 1924 (where the opening ceremony was held in 1924, editor's note)! It is a site field hockey competition, we have to get it out. These are 90 million euros committed. The (current) site will be razed and rebuilt. We also have the sailing yard in Marseille. There are also projects innovations, such as inside the athletes' village for people with cognitive disorders and who can no longer read, we have launched a call for projects to develop signage and street furniture. "

Q: "Recently a delegation of several unions, French and international, rebelled against being able to visit the Olympic sites, what do you say?

A: "I fell from my chair, and Bernard Thibault (ex-secretary general of the CGT, who sits on the organizing committee for the Olympic Games, editor's note) also fell from his chair! We have put in place conditions for access of unions to construction sites I was extremely surprised, when the BWI (international union of timber and construction workers based in Geneva) compares us to Qatar, we do not have the same social rights in France. There are normal union representatives from companies. To say that there are no unions on the building sites is wrong. "

Q: "Do you have any figures on accidents at work?"

A: "We have statistics and we have a charter to do prevention, to limit the number of accidents. In those that came back to us, we recorded 5 serious accidents, that is to say with more than 7 days of stoppage, and around thirty minor accidents since the start of the work. We are there to ensure that the works are delivered and that there are as few accidents as possible. "

Q: "The Olympic sites are very protected, have you had any thefts or intrusions?"

A: "We have had no theft, damage or intrusion. The sites are overprotected, we added 4,8 million euros to securing the Olympic village. We have a point every month with The police headquarters."