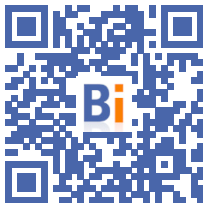 Debate during the 24 Hours of Building © FFB via YouTube

During the 24 hours of the building, on November 18, more than 7.000 craftsmen and entrepreneurs from all over France were able to listen to the President of the Republic, the Minister of the Economy, the Minister of Labor and Employment and the Minister delegate in charge of the City and Housing.

Business leaders also discussed with personalities, met their peers and shared their passions for building. During this day, conferences, thematic workshops and a job dating were also organized for young engineers.

The FFB welcomes the announcement made by the President of the Republic on this occasion of an upcoming initiative to help municipalities renovate their schools, many of which are thermal sieves. He also confirmed that, faced with the instability of the derogatory tax arrangements, the status of the private lessor proposed by the FFB “was part of the solutions” to support rental investment.

Bruno Le Maire, has also announced the study of this proposal. The FFB welcomes such progress. The same goes for the establishment of the building materials price observatory, planned by the Minister for January 2023, in order to provide more visibility in the sector. The Minister also announced that the work involved in energy renovation will continue to benefit from the reduced VAT rate of 5,5%, whereas the finance bill excluded them. In return, to respond to the considerable market for the energy renovation of buildings, the Minister wishes to see the number of companies with the RGE label quadruple by 2028.

For Olivier Salleron, president of the FFB: “The success of the 24h du bâtiment, both in terms of the number of members and partners, as well as the content of the debates or the exchanges with the various personalities shows that the future of the building remains wide open. The difficulties remain real for craftsmen and entrepreneurs in the sector, but the announcements of the President of the Republic and the Minister of the Economy, just like their expectations for the sector, strengthen us. The building has never given up on inventing a future and it will continue! »