With the end of the winter break, associations are worried about evictions 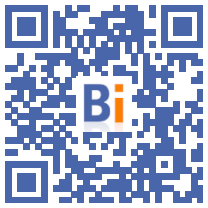 Worried about the increase in rental evictions, a collective bringing together associations of aid to the most deprived on Wednesday called for a moratorium on evictions in squats and slums, a month after the end of the winter truce, postponed due to the crisis sanitary.

"We risk going towards very difficult times," warned Christophe Robert, delegate general of the Abbé Pierre foundation and spokesperson for the CAU (collective of united associations) at a press conference, which brings together around thirty 'organizations.

"We ask the Minister of Housing, Emmanuelle Wargon to reaffirm to the prefects that everything must be done to avoid rental evictions as much as possible", he added, concerned by the "multiplication of eviction agreements" between the prefectures and the police.

To date, some 30.000 tenant households and 20.000 inhabitants of informal living spaces (squats and slums) "potentially risk losing their housing or their shelter in the weeks and months to come," the CAU warned in a statement.

Since June 1, date of the end of the winter break, the collective has identified sixty households that have received a notification of rental eviction.

About a hundred evictions in informal living spaces were also recorded, according to the same source.

Faced with this situation, the associations plead for a strict application of ministerial instructions, providing that any eviction is accompanied by a proposal for rehousing or accommodation.

The collective also calls for the establishment of a "moratorium on evictions from informal living spaces without solutions until October 31, 2021".

The CAU, however, "welcomed" the efforts of the government in terms of accommodation policy since the start of the health crisis.

"A majority of people have been accommodated and have been able to stabilize in their accommodation over this period and it is a very strong satisfaction", underlined Florent Guéguen, Director General of the Federation of Solidarity Actors (FAS).

At the end of May, the government announced that it was keeping the 2022 emergency accommodation places created since the first confinement open until the end of March 43.000.

Thirty million additional euros have also been allocated to the housing solidarity funds (FSL) of the departments, intended to finance aid to prevent unpaid debts.