"Whatever the cost, it's over" announces Bruno Le Maire to the bosses 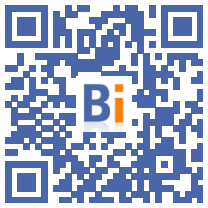 Economy Minister Bruno Le Maire said on Wednesday that the government would stop supporting all economic sectors, on the occasion of the Medef meeting of French entrepreneurs.

During the health crisis, "we did not count public money because it was responsible to do so. But now that the French economy is restarting, that we have growth prospects at 6%, whatever. it costs it's over, "said Le Maire.

"We have gone to tailor-made, we will continue to support those who need it," he added to the bosses gathered at the Parisian racecourse of Longchamp.

"I give them an appointment next Monday, August 30: the world of culture, restaurant owners, hotels, bars, the world of tourism, tour operators", Bruno Le Maire said about this meeting in Bercy. which must decide to maintain certain aid to companies linked to the health crisis beyond August 31.

"But for the rest, that the economy be free, that it creates jobs and wealth without the support of the State!", Launched Bruno Le Maire echoing the president of Medef Geoffroy Roux de Bézieux who declared that "we are not entrepreneurs to live on state aid", also asking to "stop whatever the cost".

"It is time for the State to return to its rightful place," added Mr. Roux de Bézieux.

The end of "whatever the cost" should not weigh on employees, warns Veyrier (FO)

The announced end of government support for economic sectors weakened by the Covid crisis should not translate into new sacrifices demanded of employees, worried Thursday the Secretary General of Force Ouvrière, Yves Veyrier.

"I'm a little worried: when the Minister of the Economy says that the + whatever it costs + it's over, at the same time the Medef responds that the future president will have to raise the retirement age, that the reform of unemployment insurance must come into force on October 1, that it will be necessary to work longer, "enumerated Mr. Veyrier on France Info.

During the health crisis, "we did not count public money because it was responsible to do so. But now that the French economy is restarting, that we have growth prospects at 6%, whatever. it costs it's over, "said Mr. Le Maire at the Medef meeting of French entrepreneurs.