What is rented must be accessible 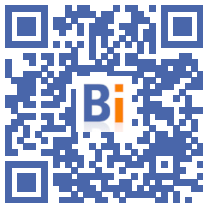 The owner of a rented property must ensure that the tenant can access it normally, without having to deal with neighbors.

If this property is not normally accessible, the owner has not respected his "obligation to deliver" the rented property, according to the Court of Cassation.

The tenant of a rural plot leased out of tenancy demanded the resolution of the lease against the owner's fault, explaining that he had only been able to gain access to the plot by arranging with neighbors to resolve an enclave problem.

These details do not matter, replied the owner, since it is understood that access was finally possible and the tenant was able to use the property as planned. However, despite this, he did not pay his rents according to the conditions provided for in the lease.

The court ruled that the owner was wrong. It is established, she observed, that without the arrangement concluded with neighbors, access for normal exploitation, in accordance with the lease, would have been impossible, which reveals that the owner did not deliver a parcel. usable according to the agreed use. No reproach can therefore be made to the tenant who does not have to find arrangements to be able to enjoy the property he has rented.