Trees facing concrete: the north of France struggles to preserve its soil 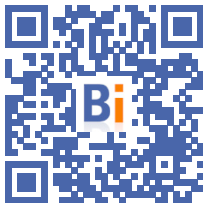 Fallow factories, decrepit mining towns, abandoned slag heaps: artificialized land abounds in the north of France where people are striving to return some of them to nature at the cost of long and costly work. While continuing to concrete elsewhere.

The place, fenced, still looks like a vacant lot, in the heart of Quiévrechain (North). Until 2011, Fibers du Hainaut produced plastic sheets and tubes here.

The factory was demolished. On this ground, half of which was concrete, were planted young trees of less than one meter, more adaptable than adult trees, to make an urban forest spring from the ground... in 15 to 20 years.

“We project ourselves into a long time, with vegetation that will take time to densify”, explains Mayor Pierre Griner.

Its municipality has invested 390.000 euros to buy the plot from the Hauts-de-France public land establishment (EPF) - whose mission is to "recycle" these lands - and 100.000 for the facilities.

A network of branches has been installed on the ground to "fix organic matter" and serve "as a shelter for small fauna", explains landscaper Damien Roidot, in charge of the project. “Its decomposition will also nourish the soil to turn it from barren soil into living soil.”

Driven by political will, this renaturation is made possible by the abundance of abandoned buildings in this old industrial town.

A few hundred meters further on, the corons of the Corbeau mining town await their demolition.

The houses are in a flood zone, near the river which marks the border with Belgium. Renaturation is therefore done rather by default, but Mr. Griner welcomes the opportunity to restore the area to "its initial function as a natural buffer site".

Between 2010 and 2019, nearly six football fields of agricultural or forest areas were consumed each day by urbanization in Hauts-de-France, according to a recent report from the prefecture. Land take has "stabilized" since 2015 but remains at a "significant level".

Highly populated, the former Nord-Pas-de-Calais is also one of the least wooded areas in France. But according to Guillaume Lemoine, ecological engineer at the EPF des Hauts-de-France, "this region, which has historically sacrificed its natural spaces, has also created for 30 years, even 50 years, the tools to correct".

And to describe a work of Sisyphus: "In 30 years, we have recycled more than 5.500 hectares of wasteland, including 2.000 hectares of slag heaps". About 50% of this surface has been renatured, the rest redeveloped. "But there are always so many, because the deposit is renewed," he notes.

The "Climate and Resilience" law, passed in 2021, sets a goal of "zero net artificialisation" in France by 2050. The reconversion of wasteland is one of its levers.

But in a 2019 study, France Strategy highlighted the low number of real renaturation projects, noting that the process, including depollution and dewatering, is expensive.

In Hauts-de-France, the scarcity of land maintains strong pressure on the soil. Among other controversial projects, a giant tropical greenhouse near the Baie de Somme and a gigantic logistics warehouse southwest of Lille are infuriating environmental activists.

"On the most fertile land in the metropolis, we are going to build a concrete layer of 100.000 m2, or 16 football pitches", indignant Pascal Peperstraete, from the collective of opponents to the warehouse.

"We go beyond the zero artificialization, on the grounds that we have signed a promise of sale and that it will create jobs", he plagues. Asked, the European Metropolis of Lille did not respond.

According to the prefecture, the new logistics infrastructures consume more "natural, agricultural and forest spaces" than "industry, commerce or the office".

"It costs less to build new buildings on agricultural land where there will be fewer surprises than in disturbed environments, with layers of stones or other," laments Mr. Lemoine.