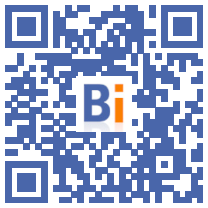 After months of discussions, the State and Action Logement announced Monday that they had reached an agreement on the reform of the joint body, which is one of the main owners of HLM in France.

Managed by employers and unions from a tax levied on companies, Action Logement has a portfolio of one million social and intermediate housing units in France.

At the end of a meeting with the employers and the unions, the Ministry of Housing announced Monday that the State and the social partners had agreed on "several developments" in order to "strengthen the efficiency actions "of the group.

In practice, the Minister of Housing Emmanuelle Wargon asks the former 1% Housing, among others, to entrust the chairmanship of the ethics committee to an outside person, or to set up a political orientation committee to allow " social partners to discuss the group's strategic orientations, without encroaching on the prerogatives of the various boards of directors ".

These reforms will have to be put in place "without delay".

During their meeting with Emmanuelle Wargon, the social partners of Action Logement also presented their new aid "My Job, My Accommodation" in the amount of 1.000 euros, which is intended in particular for those under 25 entering the labor market. employment with low wages.

It can be issued since July 12.

The government had been engaged since the end of last summer in a reform of Action Logement, in a climate already tense by the withdrawal by the State of one billion euros in the coffers of the organization to finance the 2021 budget.