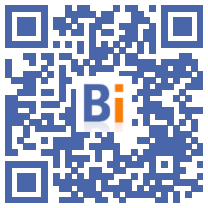 SNCF Gares & Connexions has entrusted the specialized company Tenergie with the installation of 180.000 square meters of solar panels in the car parks of 119 stations, the first act of a plan to deploy one million square meters in ten years. -she announced Thursday, November 10.

Tenergie, a company specializing in solar and wind power based in the Bouches-du-Rhône, will be responsible for the design, construction, operation and maintenance of the photovoltaic installations, which must be commissioned in by the end of 2024.

A call for expressions of interest launched in February to find a first industrial partner received "more than 50 applications", she welcomed.

This first phase concerning 180.000 m2 must have an overall capacity of more than 30 megawatts-peak (MWp, unit measuring the maximum power). The electricity produced will be resold to the public electricity distribution network, but not injected directly into the stations.

The photovoltaic power plants, installed in all regions, will produce the equivalent of 15% of the consumption of the 3.000 French stations, according to the subsidiary of SNCF Réseau.

“We are talking about 40 to 50 million euros for the project”, carried by Tenergie, noted Laurent Mahuteau, project manager at SNCF Gares & Connections.

The objective is to install one million square meters of solar panels on station property by 2030 to 2032, with a capacity of 150 to 200 MWp. By this deadline, SNCF Gares & Connexions wants to have an electricity consumption less than or equal to the production of renewable energies on its land.

More generally, the SNCF has embarked on the installation of solar power plants on its vacant land.