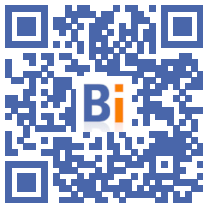 The Senate voted Tuesday, August 2 with the partial approval of the government additional support for communities affected in particular by the increase in energy prices and the increase in the index point of civil servants, bringing the total envelope to 750 million euros.

The senators adopted several amendments in this direction to the draft rectified budget for 2022, examined at first reading.

The Assembly had already voted at the end of July, against the advice of the government, for 120 million euros to the departments in order to compensate for the 4% increase in the RSA they pay. The right-wing dominated Senate validated the measure.

And to compensate for the 3,5% increase in the civil servants' index point, the deputies had planned 180 million euros for the benefit of municipalities and intermunicipalities in difficulty, in a fiercely negotiated "compromise".

The senators wanted to go further, in a "common desire to support communities". They validated an amendment by the general rapporteur Jean-François Husson (LR) broadening the eligibility criteria for municipalities and raising the rate of compensation for energy expenditure and food expenditure for school canteens in particular. Another amendment from the Centrist Union further increased the number of eligible municipalities.

“It is a considerable effort” which is being done “in a fair way”, estimated the Minister of the Economy Bruno Le Maire, welcoming “the remarkable work of compromise made by the general rapporteur”.

"There is nothing like a miracle from heaven", noted for his part the boss of LR senators, Bruno Retailleau, stressing that "the communities will not have stolen it".

The Communists, however, opposed these amendments because they wanted to provide "all the communes of France".

The Chamber of Territories has also added full compensation to the regions for the 4% increase in the remuneration of vocational training trainees. Mr. Le Maire tried in vain to target only the most financially fragile regions.

The rapporteur has estimated the total support for communities at 750 million euros, while the government did not initially offer compensation.