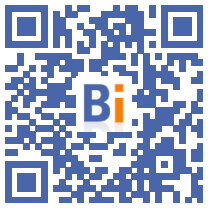 On July 19, 2022, the Poujoulat Group signed the acquisition of 100% of the capital of two companies: SOCCEM and la Bûche Forestière based in Sarthe (72). The objective of this double operation is the consolidation of the Woodstock and Crépito brands in the Great West.

The assignees (Jean-Luc Corbin, Pascal Marchand and Johnny Corbin) signed the sales protocol for the two companies with representatives of the Poujoulat Group on July 19. SOCCEM and La Bûche Forestière are respectively a charcoal producer in Saint-Ulphace and a producer/distributor of biofuels in Champagné, near Le Mans. The whole represents a consolidated turnover of 4 million euros and employs around twenty people.

The historical shareholders will support the Poujoulat Group in its new projects. Indeed, the land deposit of the structures will make it possible to accelerate the development of the production capacities of biofuels for heating and cooking.

The construction of an efficient firewood production unit is planned in the coming months on the charcoal production site, the process of which will also be renewed, to respond to the growth of the Normandy, Breton, Loire and the west of the Paris region.

For Frédéric COIRIER, CEO of the Poujoulat Group: “With the acquisition of these two healthy companies with good profitability, the Poujoulat Group is taking a new step in the deployment of its offer of high-performance biofuels for heating and cooking. This operation completes our national network and offers us prospects and resources in line with our ambitions for 2025/2026. We are pleased to welcome these two companies within the group. »

For historical shareholders: “We are happy to join the Poujoulat Group, the French leader in high-performance biofuels, with a long-term strategy that matches our values. We are convinced that SOCCEM and La Bûche Forestière will be able to accelerate their development within this family group. »