The old palaces of the Chettinad region in India, the last witnesses of its past splendor 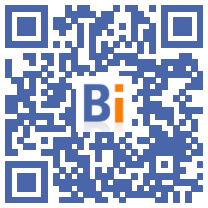 In the remote region of Chettinad in southern India, thousands of mansions once housed some of the country's wealthiest traders and bankers, but a century later only desolate remnants remain to testify to that splendor. past.

The magnates of Chettinad, in the state of Tamil Nadu, had made their fortunes in the trade of precious stones and spices during the days of the British colony and their trading empires extended as far as Malaysia and Singapore.

They devoted part of their wealth to building resplendent mansions, adorned with stucco figurines, stained glass windows and cornices.

According to historians, they brought in light fixtures from Venice, huge mahogany-framed mirrors from Belgium, and enamel tiles from Birmingham, England.

"At that time, the Chettiars competed with a brother, a cousin, a neighbor, who cares if they give birth to the most beautiful building," Bernard Dragon, a French architect working in the region, told AFP.

But among the some 11.000 palaces built in the region, many of them are now dilapidated, devoured by vegetation. The current owners cannot afford their upkeep or are mired in ownership disputes.

“We are concerned about the state of conservation,” says Mr. Dragon, who led the restoration of one of these properties to make it a boutique hotel, “in some villages, the owners are more present and more engaged. In others, we arrive (...) to discover that nobody takes care of these residences".

The inhabitants of Chettinad belonged to a caste of Tamil merchants.

The region lent itself perfectly to the establishment of a profitable trade thanks to the access to the sea facilitating exchanges with the British to transport tea, coffee, spices or even rubber to Europe.

Then, their holdings were undermined with the independence movements which, after the Second World War, developed. Also, socialist-inspired economic policies limited money lending and foreign trade.

Many fortunes have collapsed, families have had to move and entrust their palaces to the guardians and, failing that, have had no choice but to abandon them.

Today, Chennai (former Madras) is the commercial heart of southern India, which has become its financial center and hub for the automobile industry.

The Chettinad region is now well removed from those makeshift eras, with the nearest airport over two hours away.

The maintenance, renovation or restoration of its palaces, which for some have up to a hundred rooms, require astronomical sums and the local real estate market does not arouse much enthusiasm.

Hope for a revival

The sentimental attachment of the descendants of the builders and the passion of the architects who praise their know-how and their vision contribute to nourishing certain efforts to preserve these ancient marvels.

"The new generation earns a lot of money and is interested in these properties", assures A. Chandramouli, the old owner of the Chettinadu Mansion, an area which extends over 3.700 square meters. It has been renovated into a heritage resort and is sometimes used as the setting for Bollywood films.

"I am counting on a renewal in the near future", he adds, sitting on an antique chair in a tiled courtyard, flooded with sunlight, certain that there is a desire "to preserve this unique heritage for future generations".

Other properties have managed to retain marble floors, crystal chandeliers, and carved mirrors, to which modern amenities have been added to accommodate silver tourists enticed by the idea of ​​that past grandeur.

"These houses must be restored so that future generations will know how people used to live here," Malini Bharathy, a tourist living in Mr. Chandramouli's property, told AFP, "I want my son (and) the my son's son come here, enjoy and savor it all".