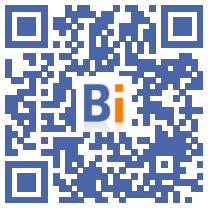 The delays were foreseen, they are now confirmed: the Société du Grand Paris formalized on Tuesday the delays of several lines of the future automatic metro in Ile-de-France, and in particular of the sections which were to connect the sites of the 2024 Olympic Games.

Launched at the end of the 2000s under the presidency of Nicolas Sarkozy, the "Grand Paris Express" will link over 200 km to dozens of suburban municipalities, the research centers of the Saclay plateau and the two Parisian airports of Roissy to north and Orly to the south. The new schedule formalized on Tuesday now provides for gradual commissioning of the new lines between 2025 and 2030.

One section in particular is eagerly awaited: part of line 16 on an arc crossing the suburb of Seine-Saint-Denis, north-east of Paris. Four years ago, President Macron had promised it again to the sensitive neighborhoods of Clichy-Montfermeil for 2024, in time for the Olympics.

But the new president of the Société du Grand Paris, appointed in March by the current power dissatisfied with the delays, could only admit the infeasibility of the calendar. Result: more than two years late. Opening scheduled "for the second half of 2026," Jean-François Monteils told AFP.

The start of line 17, which was to lead to Le Bourget airport, where a district must be built to accommodate the media from around the world, suffers the same fate: it will not be ready before the second half of 2026.

The president of the Departmental Council of Seine-Saint-Denis, Stéphane Troussel, regretted "bad news" for the inhabitants of the department. "Other delays will not be acceptable for this project, which should be a stimulus and catch-up in terms of development and the environment," he warned.

"However, you have to see the glass half full, the project is not canceled, you will just have to be patient and wait until 2026", said the mayor of Le Bourget, Jean-Baptiste Borsali.

The organizers of the Olympics had anticipated these delays, as part of their budget review, and moved some sites to more accessible places. For example the swimming events have been moved from Saint-Denis to Nanterre, well connected by public transport.

The main problem will be the Bourget media village. There will be "bus" routes planned for journalists, but the organizing committee is now planning to relieve the press center on ancillary centers.

Finally, only the extension of line 14 (which was the first automated line of the Paris metro and now crosses the capital) should be completed in time for the Olympics. Its new extensions will link the Olympic village, Pleyel, to Orly airport, as well as the Stade de France.

The Covid-19 epidemic is only one explanation for the delays.

Among the difficulties encountered, he cited the removal of asbestos from the Aulnay-sous-Bois depot site, the difficulty of bringing in technicians from Germany to come to the bedside of the tunnel boring machines during containment and the consequences of the accidental death of a worker at Christmas, who forced a tunnel boring machine to stop for six months, during the investigation.

But all is not dark: line 18, to the south and southwest, will be delivered on time. By 2027, it will link Orly to the large research center of the Saclay plateau, with several major research institutions, the University of Paris-Saclay, the Ecole Polytechnique and HEC, the Commissariat à l'énergie atomique ...

"Now that the OJ subject has fallen, the most urgent line is line 18, because it is vital for French research," Nicolas Samsoen, mayor of Massy, ​​told AFP.

"Everyone has already arrived on the set, at the start of the next school year new students are arriving, it is several tens of thousands of students, several thousand researchers, employees ..." adds Grégoire de Lasteyrie, mayor of Palaiseau , president of the Paris-Saclay agglomeration community.

Ultimately, the map will not move and the 200 kilometers remain confirmed for 2030.

"We started everything and we will finish everything", assures Mr. Monteils.

"Few sites impacted" according to the organizers

The fact that metro lines 16 and 17 are not ready for 2024 will affect only "few sites", including the media village, organizers of the Paris 2024 Olympic and Paralympic Games told AFP.

Given "the tense situation for the delivery of these lines", of which they had been warned for several months, the organizers had included this parameter during the revision of the site map at the end of 2020, to save money as well. They have thus removed a temporary volleyball site, initially planned at Le Bourget, and moved the swimming events from Saint-Denis to Nanterre.

"In the end, few sites are directly impacted by this delay," assures the organizing committee.

This must welcome the press from all over the world and be transformed into an eco-district with 1.300 housing units, including 700 built by 2024.

There will be "bus" routes planned for journalists but the organizing committee "could however be led to initiate a reflection (...) in order to guarantee journalists the best working conditions, as close as possible to the main sites competition and their future accommodation ", thus paving the way for the main press center planned on this site to be relieved in additional centers.

The media village, whose implementation has just been validated by the administrative courts after having suspended summary work, is an emblematic project with the athletes' village or even the Olympic aquatic center (CAO). It has already had its twists and turns because it was initially supposed to be built in one go, and will now be built twice.

"The public actors, who bear the responsibility for the organization of public transport during the Olympics, are working on alternative solutions", further note the organizers.

Paris 2024 recalls that it relied on the Greater Paris project to build its project and that "no metro line is built specifically for the Games". He underlines that line 14 to Saint-Denis Pleyel station, which will be delivered on time, will serve the athletes' village, located in Saint-Denis and "will effectively participate in serving the Stade de France and the Olympic aquatic center (diving, water polo, and synchronized swimming events), alongside RER B and D and line 13 ".

Here is the schedule of the Grand Paris Express metro, as announced Tuesday by the Société du Grand Paris after the officialization of the delays of the multiple sites.