The Government wants to accelerate the development of biomethane production 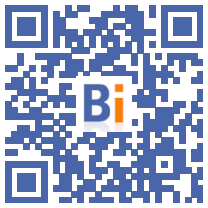 Reducing dependence on fossil fuels, securing supplies and developing renewable energies are pillars of the Government's energy and climate roadmap.

Barbara Pompili, Minister for the Ecological Transition, today announced the launch of a new support mechanism by call for tenders for the production of renewable gas in France. The first call for tenders aims to support the construction and operation of facilities for the production of biomethane injected into the natural gas networks corresponding to a production of 1,6 TWh HCV/year. These projects will benefit from public support in the form of a contract for the purchase of the biomethane produced.

Thanks to the significant support provided by the State, the development of the biomethane production sector has accelerated in recent months: as of December 31, 2021, 365 facilities are injecting biomethane into the natural gas networks. Their production capacity stands at 6,4 TWh/year, an increase of 56% in one year.

In order to achieve the objectives set by the Multiannual Energy Program for 2028, the development of biomethane production must be accelerated to expect a production of 14 to 22 TWh per year.

The winners will benefit from an obligation contract to purchase the biomethane produced over a period of 15 years.

The launch of this call for tenders makes it possible to implement the objective of developing biogas production capacities mentioned in the Resilience Plan presented by the Prime Minister on March 16th.

This system thus allows biogas producers to have income associated with the marketing of biogas production certificates, in addition to the income from the physical sale of biogas.

Barbara Pompili, Minister for the Ecological Transition, declares: “The current energy crisis reminds us of this: we must get out of fossil fuels as quickly as possible by rapidly developing carbon-free alternatives. Developing our biogas production capacities is one of the levers for accelerating and ensuring our energy independence. This new support system through calls for tenders and tomorrow the biogas production certificates, expected by the sector, puts us on the right track to achieve this objective. »

the AFG, the Biogas Club of the ATEE and the SER welcome the positive signals sent by the Government for the development of the sector

The French Gas Association (AFG), the Club Biogaz of the Association Technique Energie Environnement (ATEE), and the Syndicat des Energies Renouvelables (SER) welcome the launch of the "injected biomethane" call for tenders and the publication of the decree on biogas production certificates (CPB), encouraging signals that testify to a desire to accelerate the development of renewable gases in France.

The launch, on Wednesday 27 April, of an “injected biomethane” call for tenders by the Ministry for Ecological Transition and the publication of the decree on biogas production certificates are a real positive signal sent to the sector. They testify to the Government's desire to accelerate the development of renewable gases in France to make the energy transition a success, in a context of international tensions and soaring energy prices.

These two texts take into account the main observations made by our associations. The latter will be a source of proposals to finalize these two mechanisms in order to maximize the number of projects likely to apply for the following periods of the call for tenders and to determine the trajectory for the incorporation of biomethane in the portfolio of gas suppliers.

Finally, the signatories reaffirm the high potential of renewable gases. Our organizations will remain mobilized alongside the Government to complete the economic and regulatory framework of all renewable gas production sectors, regain a development dynamic that is currently slowed down, and thus reach 20% of gas consumption as soon as 2030.