The Court of Auditors vigilant on possible new EPR 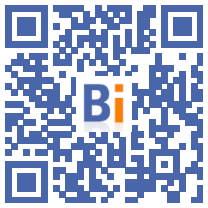 After the "drifts" of the Flamanville EPR site, the Court of Auditors on Thursday called on the government to be vigilant before deciding on a possible construction of new generation nuclear reactors.

The Court published a critical report on the EPR sector, which noted in particular the "deviations in costs and considerable delays" on the site of the Flamanville reactor (Manche), the commissioning of which will only take place "mid 2023 "at the earliest.

EDF expects to load nuclear fuel at the end of 2022, a schedule that had been confirmed in May by its CEO Jean-Bernard Lévy, despite the slowdown caused by confinement following the covid-19 pandemic.

"According to EDF, it takes a period of tests and ramp-up of six to eight months after loading the fuel so that the reactor can be put into commercial service", underlined the first president of the Court of Auditors, Pierre Moscovici, during a press conference.

In the end, the costs will have multiplied by 3,3 (to 12,4 billion euros according to EDF) and the delays by at least 3,5. Courts estimate that would add 6,7 billion "additional costs" in addition to the actual construction, including a good share of financial costs.

Abroad, the authors of the report point to projects "not very profitable" even when they have been carried out, such as the two Chinese reactors at Taishan which are operating and remain to this day the only EPRs in operation in the world .

The Olkiluoto 3 project in Finland, launched in 2005 by Areva, is still not completed and has experienced new problems recently. As for the two reactors under construction at Hinkley Point in the United Kingdom, their financing "weighs considerably" on the financial situation of EDF, already heavily indebted, judges the report.

"The feedback from the work carried out and the planning of the energy mix (mix, note) by 2050 are necessary before deciding whether or not to build new nuclear power reactors," said Pierre Moscovici, referring to the future.

Because of Flamanville's delays, the government has already warned that the decision whether or not to build new reactors in France will be postponed until the next five-year term.

Before this decision, the magistrates suggest "a complete experience feedback exercise on all EPRs built or under construction in France and abroad".

They also demand "a complete analysis of the electricity mix by 2050" prior to any decision. Multiannual energy programming (PPE), which serves as a roadmap for the government, today only has a horizon of 2028.

However, the decision to build or not new reactors will commit France "until the XXII century", underlines the Court of Auditors. The financial stakes are enormous: to build three pairs of EPR2 reactors (the improved version on which EDF is working) would cost 46 billion euros. It is on this scenario of six new reactors that the electrician is currently working at the request of the government.

To be able to hang a decision, the Court also advocated "calculating the projected profitability of the Flamanville 3 reactor and the EPR2". For the latter, supposed to be cheaper, cost estimates are still based on "partial data" and "hypotheses to be specified", worry the magistrates.

They also warn of the issue of funding, which EDF will no longer be able to provide alone in the future and which will therefore require some form of public support.

The difficulties "should not lead to disqualifying this technology", but "we must note considerable past difficulties which can guide future choices", concluded Pierre Moscovici.