Somfy announces "historic profitability" in the first half of the year 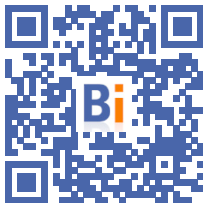 The French manufacturer of roller shutter and home automation motors Somfy saw its sales jump by 40,8% in the first half of 2021 and is announcing “historic” profitability despite a tense context around raw materials and electronic components.

Over the first six months of the year, the group thus achieved a turnover of 805 million euros. That is an increase of 28,7% in the first quarter and 53,4% ​​in the second, at constant scope, according to a press release.

"All the regions ended the semester with remarkable performances, posting sales growth of over 10%. Africa and the Middle East, North America, Latin America and Southern Europe stood out in particular. with a growth of more than 50% ", specifies the press release.

The group explained in the first quarter taking advantage of the trend to invest in the house during periods of confinement.

However, the outlook for the coming months is "uncertain", according to Mr. Ribeiro. "The situation has become tense in terms of raw materials and electronic components. We are already seeing it in the third quarter and we expect a rather difficult fourth quarter," he said, while declaring himself "very confident" on the group's ability to show growth over the year.

The Somfy group, a family company founded in 1969 in the Arve valley, was bought in 1984 by the Despature family, which also owns the textile company Damart. Somfy employed around 6.000 people at the end of 2020.